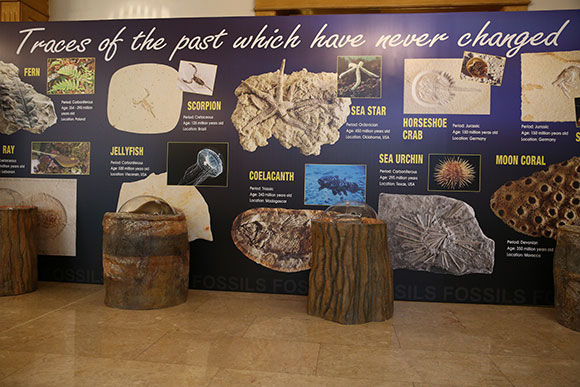 In the economic model we see today the rich get richer and the poor get poorer. Yet, this system did not occur of its own accord and even though economists give different names to the current economic system, it only has one single base: Social Darwinism. Social Darwinism adheres to the so-called idea that life is a place for struggle and that people are free to do anything to be able to survive and win in this “wild” environment.

Wild capitalism is still apparent in today’s societies. It employs ruthless methods in many aspects but its most important error is that it recognizes no boundaries to which weaker business enterprises or poorer individuals are to be exploited or eliminated. The expression, “the big fish eat the little fish” outlines the situation quite well. During the 20th century, we encountered two main economic models;

While the socialist models failed, and ended up inflicting needless poverty; it was laissez-fairecapitalism that brought welfare and success to the common man. However, free trade alone is insufficient to bring prosperity to everyone as the gap between the rich and the poor continues to widen. To avoid such corruption, governments can and should bring about social reforms and take the necessary precautions to help the poor, the children and the unemployed. Additionally, a spirit of cooperation and solidarity should be strong within societies. People should approach one another with respect, compassion and mercy regardless of their economic situation instead of considering them as rivals who should be beaten to gain their own selfish interests.

As its name indicates, Social Darwinism is based on the ideology put forth by Charles Darwin in On the Origins of Species. It was Herbert Spencer, a British intellectual and a fervent supporter of Social Darwinism, who applied the notorious argument of Darwin, “the survival of the fittest” to economic life. This ideology was prevalent in America during the late-19th and early-20th centuries during the so-called Gilded Age. Social Darwinism, which was also quite popular among the British elite, extrapolated Darwin’s idea of natural selection and grafted it onto whole societies. As maintained by the proponents of this theory, their immorality was justified by the expanding income inequality.

The founding father of Social Darwinism, Herbert Spencer, embraced the thought that a person becoming poor is his own fault and nobody should help relieve him from such a difficulty. Similarly, if a person becomes rich, it is his success even if he gained such wealth in unethical ways. Therefore, as expected, the prominent promoters of Social Darwinists were mostly investors. Through this newly adopted ideology, their dubious ascent in business and society through immoral methods weren’t denounced because these actions were considered compatible with “scientific accounts” and “the law of nature.” A quarter century ago, a Darwinian philosopher explained this distorted mindset in an explicit way: “Darwin’s theory does undermine traditional values. In particular, it undermines the traditional idea that human life has a special, unique worth… Darwinism undermines both the idea that man is made in the image of God and the idea that man is a uniquely rational being.”

Today, most societies who adopt such a capitalist system have a tendency to act ruthlessly towards the poor and the needy. Under-aged children being mercilessly employed in inconvenient jobs in third world countries support many companies to increase their share of wealth, and deprived social rights are very common in such societies. Similarly, in Victorian-Era Britain and America, Darwinism received great admiration and support due to the advantages it supplied to the ruthless capitalists known as the “robber barons.”

The notion of a “struggle for existence”, which Spencer promoted quite heavily, took various forms in different parts of the world, even resulting in mass killings. For example, Ernst Haeckel, a German Darwinian biologist, believed that white people were superior to Africans and the Jews. He was also the first to promote the idea of eugenics, the natural consequence of Darwinism, in Germany. Haeckel died in 1919 but his views were adopted by Hitler that led to the establishment of sterilization camps and the deaths of thousands of people who did not belong to the “Aryan race”. It was again the Darwinist system that brought about the First and Second World Wars.

After seeing such a dark picture in your minds, I will now speak about the most effective ways to eliminate such an ideology that keeps causing misery in human lives. The primary step to take to prevent such ruthless ideologies, be it communism, or hyper-capitalism, or fascism, is to eliminate the root cause, that is Darwinism, intellectually. In that respect, the Technics and Science Research Foundation, which I am the honorary president of, carried out a scientific conference recently in Istanbul as a joint event with the Christian organization called “Reasons to Believe”. It was a successful scientific meeting amidst wars, conflicts, moral collapse, hunger, income inequality ongoing in the world today. The main reason for such misery is the lack of faith in God. Therefore, it is crucial that Muslims, Christians and Jews act together in the intellectual struggle against materialism and atheism. The current situation demands the immediate formation of such an alliance between the pious people of the Divine faiths. A morality based on the belief in God should replace the Darwinian understanding and will solve many of the issues. Since Social Darwinism promotes the idea of “the big fish eating the little fish”, the elimination of the weak and a ruthless rivalry among people, a morality based on faith in God will nurture mercy, protection, solidarity, cooperation and sharing. We have to keep in mind that the big fish does not necessarily eat the little one but protects it instead.