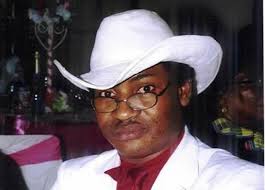 Director-General of Police Criminal Investigation Department (CID), COP Prosper Kwame Agblor, who disclosed this to DAILY GUIDE, said he ordered for the immediate arrest of Dr Ali Gabass to help the police in their investigations.

He disclosed that police personnel from the CID headquarters were dispatched yesterday morning to the health facility where the suspect works as a medical officer to apprehend him.

Even though the doctor, who is married with two kids, according to reports, admitted having committed the act, he denied infecting the victim with the dreaded HIV/Aids disease.

COP Agblor said a message was sent earlier by the CID headquarters to the hospital authorities to release the doctor in question to help in their investigations and as a follow up, police personnel were dispatched from Accra to Effia Nkwanta Hospital to bring the accused down to Accra to assist in investigations.

The police also contacted the 16-year-old victim in the case for a statement.

Joy Fm broke the story on Monday and in a follow up on Tuesday, the doctor confessed to having sodomised the student.

The doctor, according to reports, met the victim on facebook and became friends with him.

The victim, who later took the suspect as his role model, met him in September last year for the first time, where he was cajoled into having sex with the doctor in his car.

The victim said after the first sexual encounter, he got angry with the doctor and deleted his contacts both on facebook and on his phone; but the doctor threatened to expose him.

He narrated how the doctor blackmailed him and forced him into having sex with him on subsequent occasions.

The victim narrated that his last sexual encounter with Dr Ali Gabass ended in severe cuts and pain in his anus; but he lied to medical officers at health facilities he visited for treatment.

The sores in his anus became so severe he had to undergo surgery at the Korle-Bu Teaching Hospital.

Dr Ali-Gabass, a respected member of the Muslim Community in Takoradi, sent a distress message to Muslim leaders to forgive and help him deal with his sexual orientation.

He told an opinion leader of the Muslim Community that as a Muslim, he recognised it was wrong for him to be involved with fellow men, but added he had tried in vain to stop.

He said the Muslim Community, where he is an inspiration to many young people, should not abandon him.

The Representative of the Muslim Community on the Regional Peace Council, Saeed Jallo, told Joy FM that the Zongo Community was still in shock.

He said members of the community were in denial until they heard the doctor confessing to the act.

“When you go to the Muslim communities, you will see that every place is quiet because Dr Sulley Gabass is one person who has helped the religion of Islam. The youth and student body of GMSA (Ghana Muslim Students Association) have been supported by Dr Sulley Ali-Gabass both physically and financially,” he stated.

Alhaji Jallo said, “I was with him last night (Tuesday) and Dr Sulley is apologetic, he is so apologetic and he said unfortunately he has been doing this thing but he has tried as much as possible to get out of it but it has been difficult so his message to the Muslim Community is that we should forgive him for dragging the name of Islam into disrepute. But the man cried and I shed tears….Dr Sulley is so devastated I don’t know whether this man can come up again; whether this man can come out and be what he was.”

The suspect, according to the Administrator of the Effia-Nkwanta Hospital, K.K. Boachie, was once recommended to see a psychiatrist.

He said the alleged gay doctor had once been referred to a psychiatrist probably because of his attitude at the hospital.

Speaking on SKYY POWER FM in Takoradi, Mr Boachie revealed that prior to his (Boachie’s) arrival at the hospital as the administrator two years ago, the doctor had been asked to see a psychiatrist.

“So Dr Gabass left the hospital to another hospital but later managed to return to Effia-Nkwanta Hospital.”

Dr Sulley Ali-Gabass, a senior medical doctor, attributed his conduct to nature, while still claiming it was a mistake.

“I don’t know what to do. With this sexual thing some of us are trying our best. It’s like being born with it. That urge is there,” he admitted in an interview with Manasseh Azure.

He also refuted the assertion that he was HIV positive and had infected the boy with the disease.

To prove that he was not HIV positive, Dr Ali Gabass, according to the radio station, conducted an HIV test in front of some journalists which proved negative.

Also, contrary to media reports that the alleged gay medical doctor had confessed to committing the act, Dr Ali Gabass totally denied having sex with the boy on SKYY POWER FM in Takoradi on Tuesday.

He however admitted that the 16-year-old boy was his friend on facebook and that he had been interacting with him anytime the boy boarded his (doctor’s) vehicle.