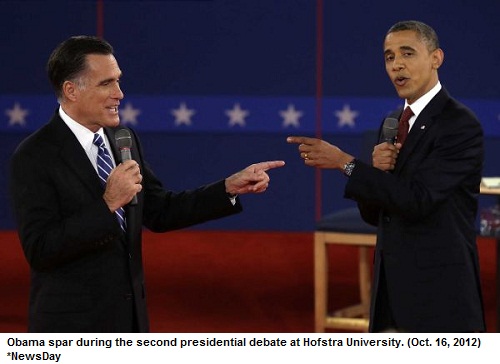 NewsRescue– As the world, well some of it is glued to their television sets awaiting the results of the 2012 presidential elections – a tight race between governor Mitt Romney and incumbent, Barrack Hussein Obama, NewsRescue throws the big question- who will be the big loser of this election?

Well surprisingly, the answer is neither.

Not even, it’s larger than that. The big loser in this latest scheme, this latest charade, are the entire people of the world who still look up to politics and democracy as the solution to their problems and the way forward.

Shocking perhaps to you, NewsRescue’s opinion is that democracy is simply a failed system, a sham and a game for children.

Did you follow the race? Did you watch how the United States wasted its time, resource and emotion for over a year in the process of this democratic election? Did you see the embarrassment, the lies, the mud slinging? Did you observe how the US media wasted all its better time on  campaigns…CNN pushing Obama, FoxNews pushing Romney? 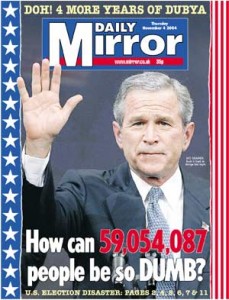 Are you following the tragedy that unfolded and remains after the East Cost was hit with Hurricane Sandy and how millions of Americans are without food, heat and power, yet the US wastes it’s time during a disaster that has changed the lives of many Americans for ever, in campaign entertainment?

Did you follow the race and notice how the campaigners invested 95% of their time and money in just 10 states of America’s 53? States like New York and California not getting a singe visit, because all but these 10 really do not count? That according to analysts translates to the stunning fact that less than 1 in 5 US citizens’ votes really counts, as was discussed on CNN by Fareed Zakaria.

Do you know the millions spent in these political campaigns to literally buy votes?

Did you watch the debates and see how two adults embarrassed themselves with such childish debates, tossing insults at each other, lying through their teeth, swinging, swaying, flip flopping, and doing other things that even children stop doing by the age of 10?

Think about this? How would you feel if the Vice Chancellor of your college was selected by a public debate process of the kind witnessed in the US presidential debates. Will you attend such a college that applies such infantile selection process? Or a college where professors are selected by political campaigns where large amounts of cash are invested? I bet you won’t, I wont.

That standard and system of selection can never fulfill the barest expectation I have of my college staffing. How about the use of such system to select leaders of all colleges and indeed all other aspects of the running of countries and the world. Does this system of selection make any sense?

Was the time spent, the money utilized and the enmity raised worth it? And was it worth the government cost implication?

Total spending on the presidential and congressional races this year is on pace to reach a record $5.8 billion, according to a new analysis. Read more…

Hopefully you did not miss the article this March from scientists of the Cornell University, New York, who said that democracy simply did not work, as people are ‘too stupid’ to allow the system flourish.

The research, led by David Dunning, a psychologist at Cornell University, shows that incompetent people are inherently unable to judge the competence of other people, or the quality of those people’s ideas. For example, if people lack expertise on tax reform, it is very difficult for them to identify the candidates who are actual experts. They simply lack the mental tools needed to make meaningful judgments. Read more…

Are you watching right now as Texas compelled UN international observers to stand 100 feet from polling stations and Iowa told them to stand even further back, 300 feet?

Then, when we look at the long term effect of the current ‘modern’ democratic political system, we see that the enmity, the antagonism and the inter-party divide follows through, not only during the campaigns, but all through the four years of each tenure, every single decision is some political game, contest, stunt, show of power or opportunity. The running of nations in political democracies are all about the preparation and poising well for the next round of elections. What do we do to help the party, not help the nation, is the question asked before every major political decision. 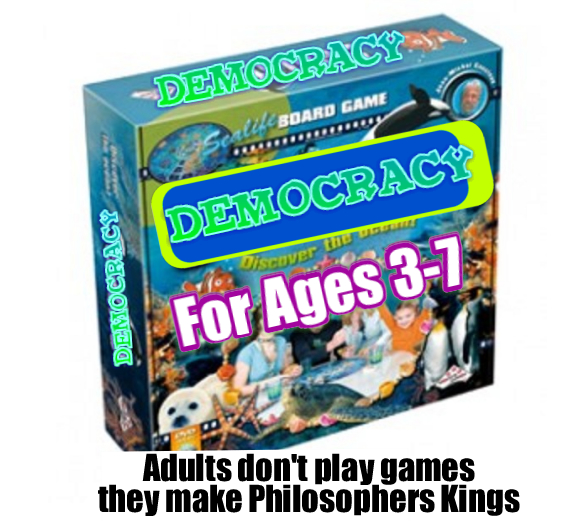 It almost looked like Obama and Romney were going to throw punches at each other, the other day. Obama told his supporters to get ‘revenge’ against Mitt Romney in a recent campaign. ‘Get revenge!’ Wow, but it was him speaking from his heart. And no less than such anger leads to the deadly nature of political democracies in third world countries, where things are not dealt with, with filibusters and grid-locks as occurs in the US, but rather with assassinations, and the arming and creation of deadly militia like the Boko Haram terrorist group in northern Nigeria which was allegedly created as a political tool by an ex governor of the PDP party, Ali Modu Sheriff. Likewise, some other terrorists who plagued the nations Niger Delta region, MEND were political thugs of the governor of a southern state.

Ivory Coast has a no better story, nor does Kenya, Somalia or the Congo.

We have written a long and adequate piece on how political democracy simply fails to work in Africa or any where else. You can read that here:  NewsRescue-Democracy Fails Africa

So the answer to the question- who is the big loser? Well I’m sure you got it now. We all are. You are the loser! Till we apply and utilize sensible systems of selection of leaders like the Plato ‘Philosopher Kings’ approach, that rely on mature human behavior, principles, with leaders properly qualified and trained for the job as obtains in all other professional fields, and not the waste of the public’s time, money and emotions in politics, we are all losers in this practice that, being money sponsored only succeeds in satisfying big business, the sponsors of campaigns and lobbyists of senates.

I know you may be used to the popular ideology that ‘democracy is the way, the solution, the system of progress’, well, sorry to burst your bubble, but you are totally wrong. It is anything but the solution. It has never produced the attributed results and consistently fails to. Transient progress you might have observed in democracies are related to capitalistic and sometimes exploitative adventures of those nations and not to democracy.

Democracy is a system as are many others. Systems do not work. They lack the ability to work. They lack any ability by virtue of being simply that, systems. It is people that work. Adaptable, intelligent, moral, living people, not lifeless systems.

Hillary Clinton said in Nigeria in 2009 that ‘democracy is still evolving… it doesn’t yet work in America’. Well, in the United States, the evolution as witnessed in the recent Obama-Romney election, is clearly regressive, forward to the past?
—