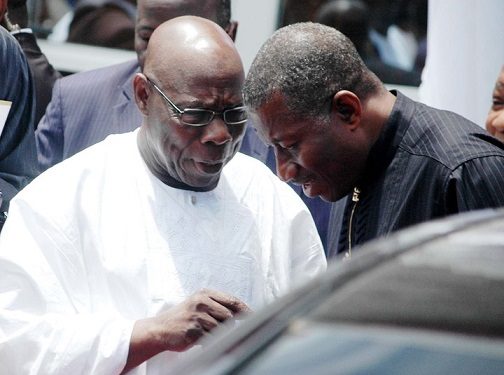 Once booming with life and economic activity, Nigeria’s “Smelter City” suffered an agonizing reversal of fortune following the closure of the Aluminium Smelter Company of Nigeria last year.

ALSCON, Nigeria’s only aluminium smelting plant, was shut down after its managers, Russian aluminium giant, United Company RUSAL PLC, sacked more than 98 percent of its workforce, most of them local hires, following crippling protests against poor working conditions, dwindling productivity and spiralling debts.

Before its closure, ALSCON was the second largest employer of the Ikot Abasi community after the local council. Almost 1,800 direct hires were natives. Over 2,500 others worked for support-services companies.  It was, perhaps, an answer to the region’s quest for solution to its environmental pollution and youth restiveness.

Since its closure last September, over 200,000 residents of this agrarian community located in the oil-rich Niger Delta region, have been living in darkness. Its only source of electricity, extended as token of social responsibility by ALSCON, was cut.

“ALSCON was our only major industrial establishment; the mainstay of Ikot Abasi economy,” he said. “The brief period ALSCON operated seemed a beautiful dream for all. Its closure has turned into a nightmare for our people.”

The smelting plant was set up in 1997 to  harness Nigeria’s estimated 187 trillion  cubic feet of gas reserves for aluminium production, industrialization and national economic growth.

At peak operation in 1999, ALSCON earned $324 million in exports of aluminium products. It created jobs, satisfied Nigeria’s aluminium needs of less than 20 percent, and earned income from exporting 80 percent of its products, according to the Bureau of Public Enterprises (BPE), Nigeria’s agency in charge of privatization of public companies.

“The Ikot Abasi Smelter was to bring desperately needed employment to the region”, the head of BPE, Benjamin Dikki, said.

In 1999, the newly elected government of President Olusegun Obasanjo had other plans. Nigeria’s top brass appropriated ALSCON’s sale profits, used RUSAL as a front for the willing buyer, and paid for the smelter with the nation’s funds, documents show.

In 1997, one year before the death of dictator Sani Abacha, the oil-rich Nigerian government commissioned Germany’s Ferrostaal AG, a provider of industrial services, and United States’ Reynolds International to build the aluminium smelter plant for $3.2 billion, according to the National Council on Privatization (NCP), Nigeria’s privatization regulatory authority.

Start-up was not until late 1998. But just as operations began, the plant was idled in May 1999 due to inadequate working capital and gas supply. The following year the newly installed government of Mr. Obasanjo put up the smelter for sale under its privatization programme.

Meanwhile, with normal production halted, Ferrostaal continued to maintain the plant on functional mode. It was not until 2006 that the plant was restarted.

But to allow ALSCON’s equity to be restructured for privatization, Ferrostaal and Reynolds agreed to reduce their 30 percent combined shares in the company to just 7.5 percent. The Nigerian government’s ownership stake rose to 91.06 percent, with other private minority shareholders taking 1.44 percent.

Between 2000 and 2004, there were at least two failed attempts to acquire ALSCON. Glencore of Switzerland and BHP Billiton of Australia tried in July 2002, while one of the world’s largest aluminium producers, RUSAL of Russia, had an inconclusive bid in June 2003.

But ALSCON’s sale was more obscure than a simple bid. It took two Nigerian presidents, their bureaucratic machinery and a willing partner to plan the destitution of one of Nigeria’s top industries.

RUSAL was set up to take control of the plant from the start. It was in the interest of President Obasanjo to have the Russians win the bid for the smelter.

But having RUSAL as the sole bidder, “without competition, will fall short of acceptable international standard for disposing public assets,” the NCP told President Obasanjo, who was desirous to see the bid go ahead.

And so, Bancorp Financial Investment Group Divino Corporation (BFIG), a consortium of U.S.-based Nigerian investors led by Reuben Jaja, joined the privatization bid in response to Obasanjo’s invitation to Nigerians to show interest in the sale.

Unknown to BFIG, the invitation was a mere ploy to give credibility to a scam designed by the Nigerian ruling elite.

By the time ALSCON was put up for sale, its asset base had depreciated by more than a third to $1.03 billion from its original investment, an audit report by PricewaterhouseCoopers at Nigeria’s Corporate Affairs Commission showed.

Prior to the bid, scheduled for June 2004, BPE held a technical conference that required RUSAL and BFIG to sign a compliance agreement to fundamental issues.

Among the agreed conditions were:

– A non-refundable, unconditional $1 million bid-bond deposited in a London bank, duly notarized on or before the June 4 deadline.

– The eventual winner would undertake the dredging of Imo River, a dedicated channel for ships that would bring in raw materials and evacuate finished ALSCON products for exports.

– Standard payment schedule of 10 percent of the total offer price paid within 15 working days of signing the share purchase agreement (SPA), while the outstanding 90 percent would be paid within 90 calendar days.

But two weeks later, on the financial bidding day, the head of NCP Akin Kekere-Ekun, accused RUSAL of submitting a bid of a mere $205 million for the $3.2 billion aluminium smelter without evidence the Russian firm had deposited the $1 million bid-bond in the London bank as agreed.

Furthermore, RUSAL’s bid was not only written in Russian language, but also accompanied with three additional conditions in defiance of the pre-bid resolutions.

– A revised payment schedule for the $205 million it had originally offered to pay.

– To make an initial payment of $5 million within five working days after all legal titles, licenses, permits, land ownerships, and 16 percent of ALSCON’s equity were lodged in a London escrow account by the Nigerian government.

– To pay Nigeria $200 million of the balance within 20 days after its nominated contractor had completed the dredging of Imo River.

Both the NCP and BPE saw RUSAL’s conditions a violation of the pre-bid agreements. Consequently, the Russians were disqualified.

BFIG, which made an offer of $410 million, was subsequently declared winner, a development President Obasanjo disapproved.

“If our screening had been right, that group (BFIG) should have been disqualified,” President Obasanjo told reporters shortly after the bid.

“In the aluminium industry today, there are probably three with the technical know-how. I believe if they (BPE) were doing it correctly, they should not have disqualified them (RUSAL). They were asking for certain conditions others considered unimportant,” he stated.

Shortly afterwards, BPE issued BFIG a letter to demand payment of 10 percent of the bid offer, or $41 million, within “15 days of the collection of the letter”, rather than “15 working days of signing the share purchase agreement (SPA)” agreed by both bidders.

BFIG rejected the letter, insisting on agreed terms. But, BPE held on to its position till the expiration of the deadline before disqualifying the Nigerian firm for failing to meet the payment schedule.

“It’s intriguing why the Nigerian government would invest $3.2 billion of tax payers’ money to build ALSCON, only to be contented with a paltry 22.7 percent of a fair value of $1.03 billion from a foreigner, against a 37.3 percent offer by an indigenous bidder,” said Eze Onyekpere, the lead director of Nigeria’s Centre for Social Justice, a civil society group committed to promoting economic rights.

Regardless, the Bureau went ahead with its negotiations with RUSAL, during which the Russians raised their offer from the initial $205 million to $250 million.

It also restated all its previous conditions, including requests for a revised payment schedule, new ownership structure, fresh terms for gas supply to ALSCON, and an Export Processing Zone status, which freed the company from all tax obligations in its operations.

Curiously, all the concessions requested were granted by President Obasanjo in his response to a memo sent to him by BPE on June 5, 2006, two years after the initial bid sale.

Mr. Obasanjo also approved that $120 million be deducted from the $250 million for Imo River dredging contract, thus reducing the final price paid by RUSAL for ALSCON to only $130 million.

On gas, Mr. Obasanjo also approved that irrespective of the prevailing price, RUSAL would receive supplies at 35 cents per 1,000 metric tons, amounting to about an annual subsidy of $200 million.

Also approved was a new ownership structure, which allotted 77.5 percent equity to RUSAL as core investor, 7.5 percent to the Nigerian government, and 15 percent to Ferrostaal AG, the smelter’s service provider.

Although in 2004 the plant was valued by consultancy firm PricewaterhouseCoopers at $325 million, just 10 percent of the original cost, at the end of negotiations with the government in 2007 the Russians paid a paltry $130 million, or 4 percent of ALSCON’s original price.

Meanwhile, in 2004, BFIG’s president, Mr. Jaja, approached the courts to challenge the decision by BPE to void its win of the bid.

In its application before the Federal High Court in Abuja, Mr. Jaja pointedly accused Mr. Obasanjo of encouraging RUSAL to engage in “unfair competition” by conspiring with the BPE and NCP as well as their top officials to manipulate the ALSCON sale bid process against its interest.

An investigation by Nigeria’s lower house of parliament in April 2005 showed that Nigerian government’s decision to accept $250 million, of which only $130 million was actually paid by RUSAL, compared to $410 million by BFIG, was rooted in “corruption, fraud and impunity.”

“The conduct of the Presidency,” the parliament stated, “in inducing the termination of BFIG’s bid and fraudulently attempting to sell ALSCON to RUSAL at a very low price without competitive and transparent bidding process amounts to corruption and fraud to the nation.”

A U.S. Embassy cable  from Abuja to the U.S. State Department in August 2004 noted the Nigerian government’s romance with RUSAL, saying it “reflected a lack of transparency in the bidding process, and perhaps some corruption as well,” a Wikileaks document showed.

BFIG’s President Jaja said the Russians were mere puppets in the unseen hands of persons in the highest levels of the Nigerian government using Nigerian funds to pay for ALSCON shares.

RUSAL’s payment for ALSCON in 2007 coincided with the period the Swiss government was repatriating part of the millions of dollars it had agreed, in 2002, to return to the Nigerian government from various bank accounts kept by former dictator Sani Abacha in Switzerland.