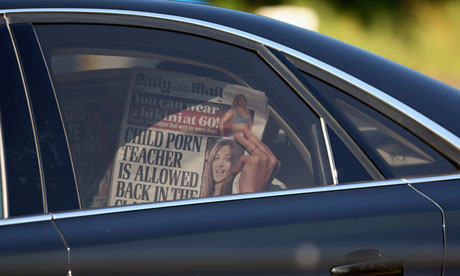 Watford, sunny Watford, has changed the hitherto secretive Bilderberg conference forever. In a freshly strimmed corner of the grounds of the Grove Hotel, half a mile from the most important international policy conference in the world, something remarkable happened: the mainstream press showed up. In droves.

While they talked and reported, on the first day of the four-day event, politicians and businessmen sped past behind blacked-out windows: the guest list, published for the first time, includes George Osborne, Ed Balls, the founder of Amazon, chairman of Google and the chief executives of both BP and Shell.

Sky News did a live link-up with the former Labour minister Michael Meacher and it was a big, serious interview. “This is totally in contradiction to the government’s commitment to greater transparency,” he declared.

In interviews elsewhere he described the attendees as holding “most dominant positions in the governance of western capitalism” who “only meet in order to concert their plans about the future of capitalism over the immediate future period – the next year or two”.

And that was that. A politician, standing in a press zone, doing a live interview with a national news channel. That happened outside a Bilderberg conference, where 130 or so of the world’s elite hang out in unminuted, private meetings with 400 or 500 gathered outside, a mixture of media, activists and curious Watford residents. Four Bilderbergs ago (has it been that long?) there were barely a dozen people outside the conference in Greece. The relationship with the press back then was simple: arrest them. Follow them, harass them, chase them out of town.

But Watford in 2013 is a very different sort of town. It’s a town full of satellite trucks, Italian news crews, and Financial Times journalists. It’s a town with a press zone. A press zone with portable toilets … with hand gel. It’s all been so relentlessly civilised. Read more