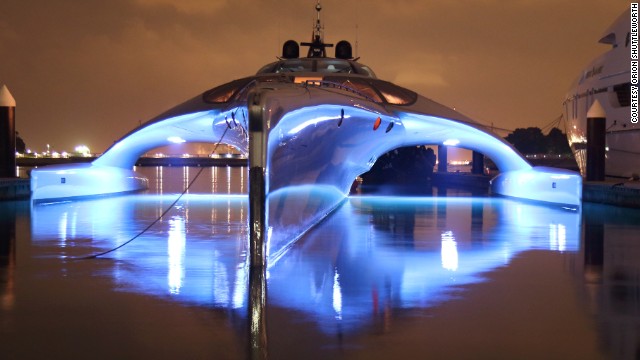 (CNN) — With her curved ‘wings,’ long pointed nose, and gleaming underbelly propped high above the waves, this space-age yacht might be better suited to the sky than the sea.

Just a few square meters of the futuristic vessel — valued at $15 million — actually touch the surface of the water, allowing it to skim across the waves with ease.

The innovative design, along with high-tech features such as an iPad-controller, helped glossy “Adastra” win three prizes at last week’s prestigious ShowBoats Design Awards in Monaco, including Best Naval Architecture.

The yachting world is clearly impressed. The honor follows a prize for the Most Innovative Design at the 2013 World Superyacht Awards earlier this year.

So could this alien shape — resembling something between a spaceship and the Concorde supersonic plane — be the future of superyacht design?

“The superyacht industry is pretty traditional,” designer John Shuttleworth, told CNN. “But the establishment has given a ‘yes’ to this idea which is a huge step forward.”

“Inevitably, there has to be a trend for reducing fuel consumption — and I think superyachts will have to look something like this in the future. Initially I don’t think economics will drive it — these are wealthy owners and cost isn’t an issue. Instead, it will be from an ethical, environmental point of view.” 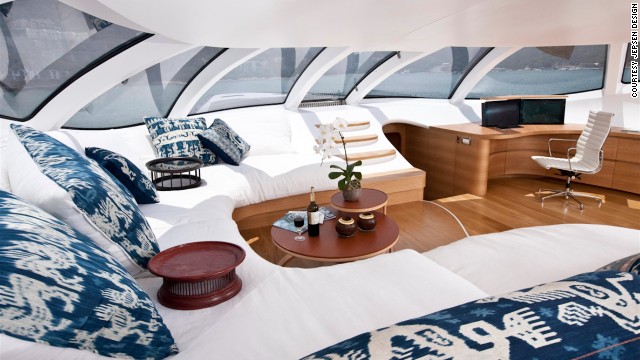 Billionaire shipping magnate Anton Marden is believed to be the proud owner of the plush 42.5-meter vessel, which took more than five years to design and build.

The Hong Kong-based mogul and wife Elaine will be able to remotely control their luxury yacht from up to 50 meters away, simply by sweeping their hand over an iPad. Read full