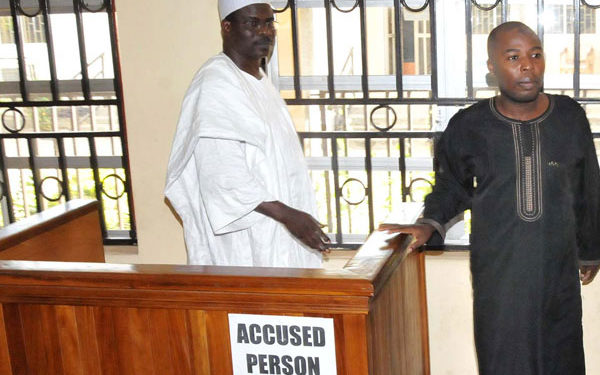 A Federal High Court sitting in Abuja on Wednesday discharged two alleged members of the insurgent group, Boko Haram, Ibrahim Ahmed and Sani Argungu, due to lack of witnesses and diligent prosecution

While setting the suspects free, Justice Binta Nyako noted that since they have been in detention, no witness has been presented against any of them by the prosecution.

While Ibrahim Ahmed had been in detention since 2013, Sani Argungu had been detained since 2012.

Justice Nyako said “The defendants have been in custody with no trial because the prosecution cannot bring its witnesses to court. So, I discharge the defendants and the suit is hereby struck out,”

She then ordered the release of the two suspects, pending when the prosecution will provide its witnesses.

She, however, encouraged the government to ensure that they are monitored while also warning the suspects from associating with any person of questionable character. -SR

It is recalled that Senator Ndume was set free likewise by the Buhari government when the Federal government prosecution failed to invite witnesses including detained boko Haram suspects and former VP Namadina Sambo and former AGF Adoke.

Buhari: I Declared Before Leaving for UK ...