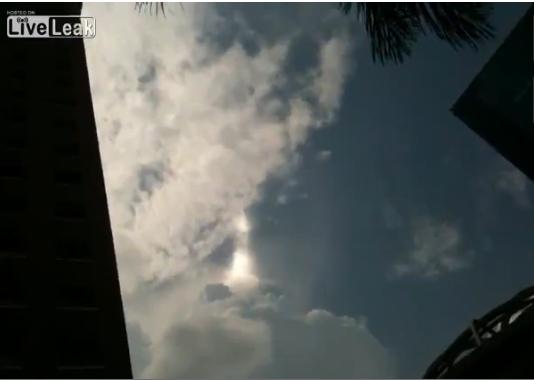 NewsRescue- A most weird video posted July 5th, 2013, captured strange movement of a part of a cloud in the sky. Some type of force was swishing the cloud rapidly in various directions. Clouds close-by were all normal, but at the point of this ghost-like activity, there was intense light and fast movements of the cloud and light pattern as though directed by a very, very rapid wind force.