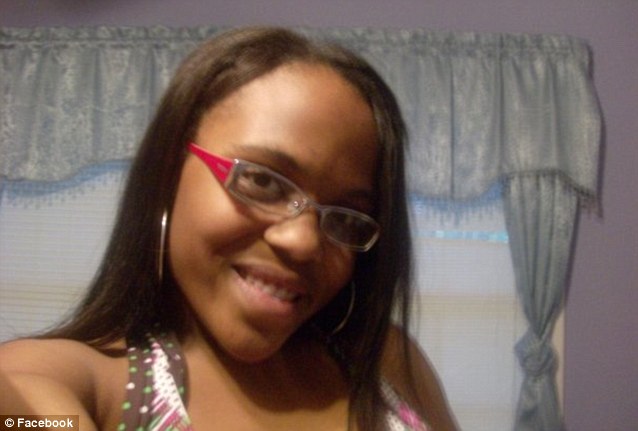 NewsRescue[OpEd]- I ain’t no researcher, but I’ll tell you this conclusively,- black American women have of recent been filling up the headlines for killing their children and babies!

It’s an every day thing, and for a population that is gradually going extinct, it is pretty frightening! There must be something in the air. This is no form of birth control. What takes over and possesses a mother such that she looks at her baby and beats him to death? It is really scary. Just search online for ‘mother kills child’, and look at the results. This May, this Mother in Las Vegas killed her daughter with a scissors to ‘rid the home of evil’:

Las Vegas police found 27-year-old Danielle Slaughter running through her neighborhood naked with blood on her hands. She told the cops the blood on her hands was the “lamb of god” and asked: “Did I kill my daughter?”

In July, Tenika Revell, 40, of Brooklyn, NY, bashed her sons head with a hammer till he died. Also in July Lisette Bamenga, 29, a Bronx mom searched the internet to learn how to kill her children. She poisoned, drowned and then gassed them to death. This August, Shaquan Duley, 29 of S. Carolina admitted to killing her 2-year-old and 18-month-old sons, found in her drowned car, by suffocating them. August 23: Chevonne Thomas killed herself after calling to report to cops that she had beheaded her son, Zahree Thomas. On October 17, Chelsea Thornton, a New Orleans mother made headlines for shooting her son dead and drowning her daughter, then getting on a bus.

The case below, just happened in Georgia, USA, and is such a sad loss of baby and mother. Help, somebody!

Horror as mother, 21, gives birth alone at home and ‘stabs the newborn baby boy to death’

A 21-year-old Georgia woman was arrested Thursday after police say she stabbed to death her infant son just hours after giving birth to him.

According to officials, the mother, Cassandra Elyse Norwood, delivered the baby in secret and without any assistance in the Athens home where she lived with her parents and other relatives.

Norwood was taken to a hospital to be treated for delivery-related blood loss where she remained under guard before being transported to Clarke County Jail Friday morning.

Arrested: Cassandra Elyse Norwood, 21, was arrested Thursday after police say she stabbed to death her infant son just hours after giving birth to him

Athens-Clarke police told the Athens Banner-Herald the 21-year-old was alone in one part of the house on Great Oak Drive when she gave birth Thursday afternoon.

At around 1pm, police received a 911 call from someone who had found the baby’s lifeless body inside the residence in the Waverly Woods subdivision.

First responders who arrived on the scene discovered the slain infant. Shortly after, Norwood was taken into custody and charged with murder before being sent to Athens Regional Medical Center.

Police would not speculate about the motive behind the deadly stabbing, only saying that Norwood did not require psychiatric care while at the hospital.

Norwood’s Facebook page says the 21-year-old, who has three siblings, graduated from Cedar Shoals High School in 2009. She also listed marketing at Athens Technical College under the education classification. Hospitalised: Norwood was taken to a hospital to be treated for delivery-related blood loss where she remained under guard Motives unclear: Police would not speculate about the motive behind the deadly stabbing, only saying that Norwood did not require psychiatric care while at the hospital
Link: http://www.dailymail.co.uk/news/article-2226972/Horror-mother-21-gives-birth-home-stabs-newborn-baby-boy-death.html#ixzz2B97UXcCf
—

Now, don’t get me wrong, I’m not saying only black women kill their kids. It is actually a scary new trend these days – moms killing their kids, period! Just today Elzbieta Plackowska confessed to stabbing her two kids 157 times, to death, just to ‘get back at her husband’. All I’m pointing out is, it appears black women are disproportionally killing their kids, when the population size is compared. And this occurrence is most significant in this minority population.

Now, here is the killer, killer story. If you missed it when it happened in June. And especially so if you have been tracking the Zombie episodes, erupting in North America and China:

Otty Sanchez, 33, has been accused by San Antonio police of beheading her 3-week-old infant son using a knife and two swords.

After the attack, according to police, she went on to eat part of the child’s brain and bit off three of his toes.

To add even more of a horror movie zombie connection, Sanchez claims that she killed her son at the devil’s request.
Link: http://globalgrind.com/news/cannibal-attack-zombie-apocalypse-mother-otty-sanchez-eats-infant-son-details#ixzz2B9MleTIW