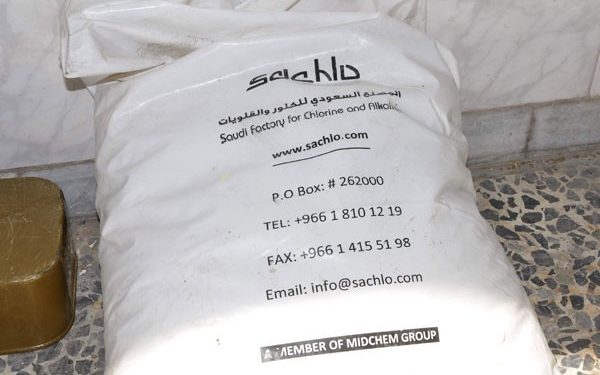 The King of Saudi Arabia is the only absolute monarch on earth. In his country, you are either the King, or related to the Royal family, or you are nobody. Residents have no freedom, democracy or human rights. They are renowned as the world’s chief exporter of a political ideology known globally as Wahhabi Islam.  There is no covert or public action taken in Saudi Arabia without the express sanction of the King, and/or the Royal family.  Saudi civilians or officials are not allowed to act on their own. Chemicals uncovered in Syria are Saudi made, and used against Syrian civilians by the Radical terrorists who are fighting the Syrian government.

The US is complicit in the Saudi project of using the Takfiris to overthrow the Syrian government. Not once did the US do anything to pressure its ally Saudi Arabia to cut off the channels of arms and chemical weapons.

Summer of 2012:  Jordan’s financial dependence on Saudi Arabia led to the establishment of an operations center in Jordan, including an airstrip and warehouses for arms.  Saudi-procured AK-47s and ammunition arrived, Wall Street Journal reported, citing Arab officials. 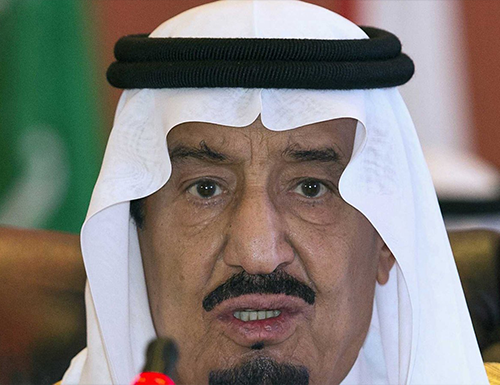 Zahran Alloush, the late commander of Jaysh al-Islam (Saudi Prince Bandar bin Sultan’s personal brigade in Syria) was one of the terrorists who had close relationship with Saudi intelligence services.  Alloush was an expert in rocket attacks, and he bought 500 kilos sarin gas and cyanide, with an officer named Ayhan in the Turkish intelligence agency, from one of the countries of the Caucasus and an Eastern European country.  He transferred these chemicals through Turkey into Syria. Saudi officials paid the cost of buying toxic gases through the local staff of the Embassy of Saudi Arabia, to the sellers of toxic gases account. The chemical gases were transferred to Turkey and Lebanon.  The four cargoes came under the guise of petrochemicals into Syria. One cargo from Turkey and three others from North Lebanon were transferred with the help of a political character associated with Saudi Arabia.

December 2012:  CNN reported that the US military was training anti-government fighters with the securing and handling of chemical weapons. The Destructive Wind Chemical Battalion threatened to use nerve gas and released a video where they killed rabbits as a demonstration of what they planned on doing in Syria.

March 19, 2013: Chemical weapons attacks were reported near Syria’s two main cities: the Khan al-Assel village west of Aleppo, and the Damascus suburb of al-Atebeh.  At least 31 civilians died from inhaling the gas used, livestock were also killed at Khan al-Assel, additionally a number of Syrian Arab Army soldiers guarding the village died.  This was widely viewed as a revenge attack on the large village because the terrorists had attacked them previously and the civilians and soldiers had fought back to repel the terrorists.

March 20, 2013:  The Syrian government requested the United Nations conduct an investigation of the attack on Khan al-Assel.

March 21, 2013: Syrian President Bashar al-Assad submitted a written letter to the United Nations demanding an independent investigation into the chemical attack. The same day, UN Secretary-General Ban Ki-moon announced the United Nations would conduct an investigation on the possible use of chemical weapons in Syria, in conjunction with the World Health Organization (WHO) and the Organisation for the Prohibition of Chemical Weapons (OPCW).

May, 2013:  Carla del Ponte, a U.N. commissioner on Syria, concluded that the rebels, not Assad, were probably responsible. The Financial Times reported that Saudi Arabia has emerged as the main group to finance and arm the terrorists.

May 30, 2013: The Turkish government stated that they have found sarin gas in the home of Radical terrorists connected to Syria.  Turkish security forces found a 2kg cylinder with sarin gas. The owners of the home were members of Jibhat Al-Nusra, a terrorist group supported by Saudi Arabia.

June 13, 2013: The Obama Administration announced their conclusion that Syrian government forces have used chemical weapons against rebel forces.  Because of this, they decided to begin supplying the Syrian “rebels” with small arms and ammunition for the first time. The U.S. government reached their conclusion after the C.I.A. acquired blood, urine, and hair samples from two Syrian “rebels” who were in a firefight with Syrian government forces in mid-March near Damascus. The samples contained evidence that the soldiers were exposed to sarin gas.  The US report did not prove where those terrorists had been originally exposed to the sarin gas.

July 22, 2013:  The terrorists attacked Khan Al-Assal and killed all the witnesses of the previous chemical attack as part of a cover-up.

August 4, 2013:  Radical terrorists entered a small village named Ballouta, near Latakia, Syria and very near the terrorist enclave of Selma on the Turkish border.  They massacred 220 unarmed civilians in their own homes.  They kidnapped 100 very young children with a few older girls.  They kept them in an underground basement in Selma for over 9 months, when they released 44 of the 100 kidnap victims on May 7, 2014. Nothing more is known about the fate of the remaining children.

August 18, 2013: U.N. chemical weapons experts arrived in Damascus to begin an investigation at Khan al-Assal and two other locations.

August 17 and 19, 2013: According to the French newspaper Le Figaro, two brigades of terrorists that were trained by the Saudis, and the Jordanians crossed from the Hashemite Kingdom of Jordan into Syria to launch an assault.

August 21, 2013:  Videos and reports begin to emerge of an alleged large-scale chemical weapons attack near Damascus.  All four videos were posted by YouTube user HAMMORIAFOREVER. These clips allegedly show a number of men and women lying dead on the floor, some with foam on their mouths. Some people appear to be suffering, with other attempting to help them. Another video shows a young child victim of the alleged attack, staring blankly at the ceiling and shaking uncontrollably among a group of other deceased-looking children.

Almost immediately, the parents and relatives of some of the 100 small children kidnapped at Ballouta on August 4, 2013 begin to recognize the faces in the new videos shown non-stop on global TV media. They begin to contact officials and humanitarian activists, such as Mother Agnes Miriam.

The BBC Middle East Editor, Jeremy Bowen, queried why the Syrian government would want to use such weapons at a time when UN inspectors arrived, and the military had been doing well in the area around Damascus.

August 29, 2013: The British Parliament voted against supporting military action in Syria.  This is now cited by Sec. of State John Kerry as the reason US plans to attack Syria in Sept. 2013 could not have been carried out.

August 29, 2013: Yahya Ababneh, a reporter on the ground in East Ghouta, collected the testimonies of witnesses who said certain rebels received chemical weapons via the Saudi intelligence chief, Prince Bandar bin Sultan, and were responsible for carrying out the gas attack.  The Mint Press News report, which was contributed to by Dale Gavlak, quotes a female insurgent fighter who makes the link to Saudi Arabia clear. She says that those who provided them with weapons didn’t tell them what these arms were or how to use them, and that they didn’t know they were chemical weapons. “When Saudi Prince Bandar gives such weapons to people, he must give them to those who know how to handle and use them,” she is quoted.  Abdel-Moneim said his son and 12 other rebels were killed inside a tunnel used to store weapons provided by a Saudi militant, known as Abu Ayesha, who was leading a fighting battalion. The father described the weapons as having a tube-like structure while others were like a huge gas bottle.

“We were very curious about these arms. And unfortunately, some of the fighters handled the weapons improperly and set off the explosions,” a well-known terrorist leader in East Ghouta who uses the initial “J” said. More than a dozen terrorists interviewed reported that their salaries came from the Saudi government. Rebels interviewed said Prince Bandar is referred to as al-Habib, which is a term of endearment in Arabic, by terrorists in Syria. Al-Nusra Front, have acknowledged that the weapons were imported by Saudi militant, a field commander. The Saudi militant told them Prince Bandar bin Sultan, the former Saudi intelligence chief, provided these Chemical Weapons.

September 16, 2013:  UN Secretary General Ban Ki Moon delivered a report on the UN investigation into the use of chemical weapons in Syria. The report concluded that chemical weapons were used on August 21 on a relatively large scale, and that the victims included civilians. The report cited evidence of the nerve agent sarin both in the environment and present in victims of the attack.  The report did not state who used the chemical weapons.

Oct. 4, 2013:  Russian diplomatic sources have told a Russian news agency, “Based on data from a number of sources a picture can be pieced together. The criminal provocation in Eastern Ghouta was done by a black op team that the Saudi’s sent through Jordan and which acted with support of the Liwa Al-Islam group,” a source in the diplomatic circles told Interfax.  Liwa Al-Islam is an Takfiri armed group operating near Damascus headed by the son of a Saudi-based Salafi cleric.

April 17, 2014: “The Red Line and the Rat Line” by Seymour M. Hersh is published by London Review of Books.  The veteran investigative journalist presents a compelling case of why the sarin attack in East Ghouta may have been carried out in order to force Pres. Obama into military intervention in Syria.

June 17, 2014: The Organisation for the Prohibition of Chemical Weapons (OPCW) fact finding mission in Syria to investigate the use of chlorine gas concluded that it was used in earlier attacks.  However, OPCW did not assign blame for the attacks.

August 25, 2016:Saudi Arabia attacked civilians in Sana’a,  Yemen  with chemical weapons, killing and injuring a number of people in the capital city’s Ninth district, according to a Yemeni military source. Major General Abdel Sattar al-Sa’deh told FNA on Monday: “A number of Yemeni people have been killed as a result of inhaling poisonous gases in the chemical attack”.

December 6, 2016: CNN reporter, Fred Pleitgen, on the ground in East Aleppo observed and filmed chemicals, formerly in the control of terrorists. This was aired on the Amanpour show.   The chemical weapons facility was in the former elementary school Sana’a Mehaidali , located in Masaken Hanano, which had been a terrorists controlled area.

January 11, 2017: The Syrian Arab Army discovered Saudi-produced chemical weapons agents which were left behind by terrorists who had left East Aleppo.  Sulfur, chlorine and raw materials used for plastic granules were among the Saudi substances discovered in the Old City section of Aleppo.  These had been used to target residential neighborhoods in Western Aleppo, including schools, hospitals and homes.  The bags filled with the chemicals were labeled made by a Saudi company named “Sachlo” that is based in Riyadh.

The terrorists fighting inside Syria have a track record of using chemical weapons.  However, those chemicals were not supplied or sanctioned by the US.  It was the Saudi government, headed by the King of Saudi Arabia, who sanctioned the use of chemical weapons.  Regardless of which King is sitting in Riyadh, they all have the same policy, that of exporting Wahhabism, and since March 2011 they have been focused on regime change in Syria.   Regime change in Syria was a common interest shared by USA and its ally Saudi Arabia.  However, the weaker of the two became the dominate force in the fighting on the ground, and USA ended up having to sit on the sidelines watching the bloodbath in Syria.  By December 2016 it was Saudi Arabia calling the shots with the anti-Assad terrorists.  The Obama administration had allowed its policy in Syria to be determined primarily by the ambitions of Saudi Arabia to overthrow Pres. Assad.

Was Hillary Clinton Behind Transfer of Chemical ...