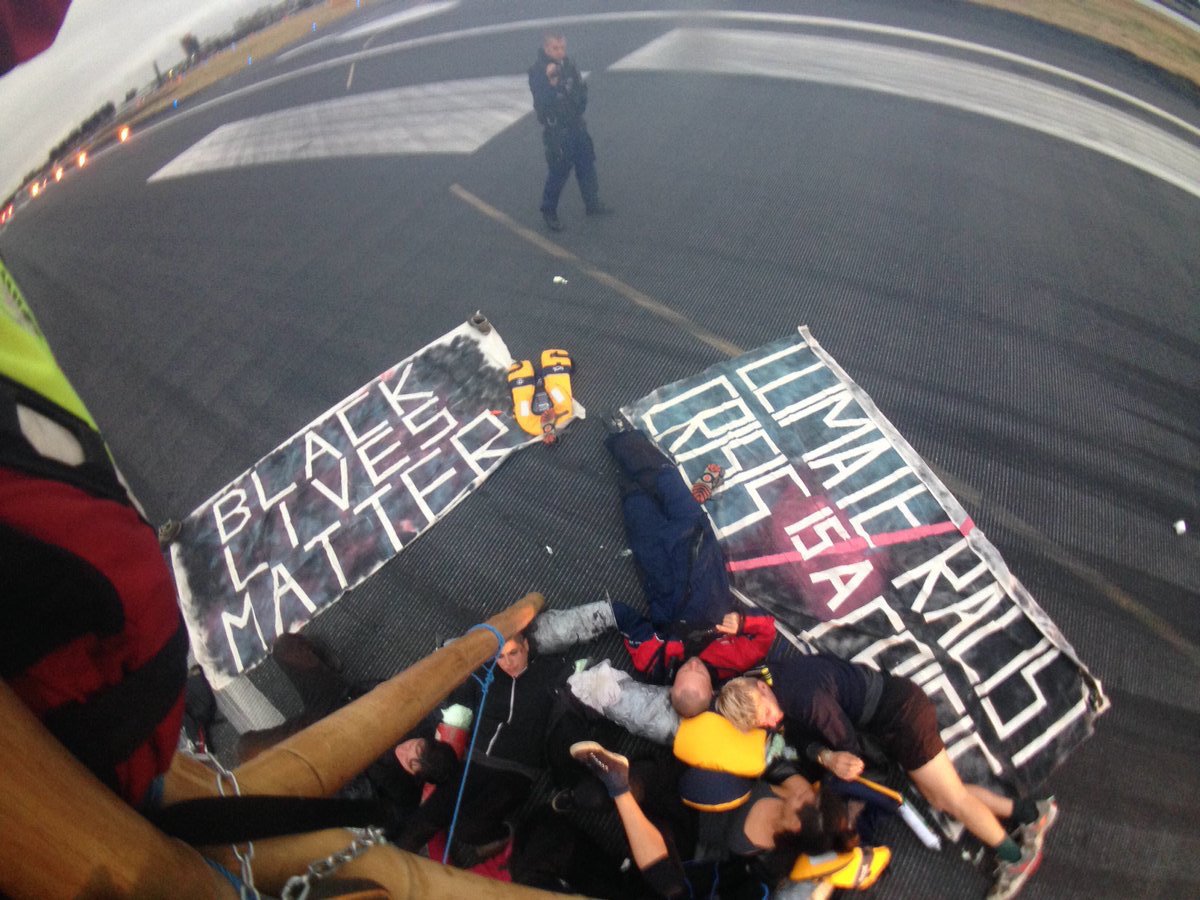 London City Airport was brought to a standstill on Tuesday for more than five hours after nine protesters from the Black Lives Matter campaign gained access to the runway.

Flights were disrupted since 5.40 am local time when the protesters lay down in the middle of the tarmac.

The Metropolitan Police said the protesters had erected a tripod on the runway and locked themselves together.

All nine protesters have been arrested on suspicion of aggravated trespass, being unlawfully airside and breaching London City Airport bylaws, and taken to east London police stations.

The activists reportedly managed to get across the Royal Docks to stage a demonstration on the runway. There are suggestions they used a rubber dinghy, raising concerns about airport security.

The movement says the aim of the demonstration is to “protest the UK’s environmental impact on black people.”

“Airports, power plants, and the busiest of roads in the West tend to be in the most disadvantaged working class areas, where a disproportionate number of black and brown communities live,” Black Lives Matter UK said in a video posted on Facebook.

“Environmental racism means that black people in Britain are 28% more likely to be exposed to air pollution than their white counterparts,” the video continues, adding that “climate crisis is a racist crisis.”

Previous reports stated that Plane Stupid, a group dedicated to taking direct non-violent action against aviation expansion, was behind the stunt.

The group has expressed “solidarity” with the Black Lives Matter movement on its official Facebook page.