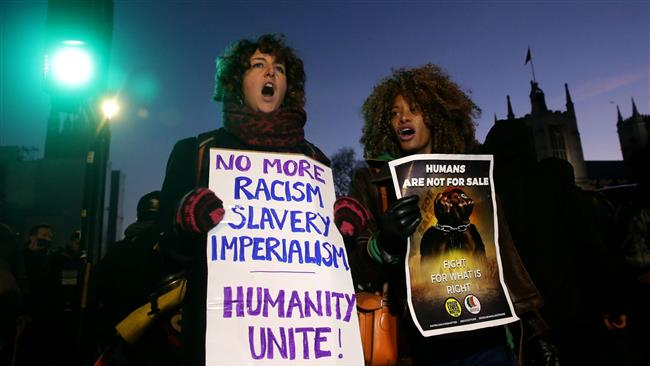 Around 300 protesters blocked Whitehall and several other roads outside Parliament, in London on Monday, to protest against the enslavement and sale of black Africans in Libya.

Protesters chanted “We are not for sale” and marched under the banner “African lives matter, hands off Africa.”

The action was organised by African Lives Matter among other activist groups. It took place as a petition upon the matter was being debated inside Parliament.