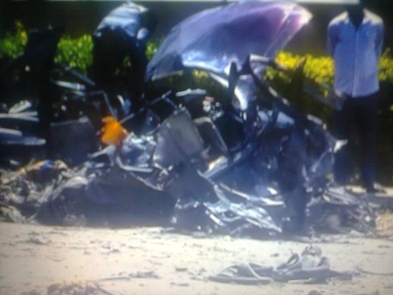 The blast reportedly occurred a few minutes after 9a.m. (Nigerian time) during church service on Murtala Mohammed Way in the Bayan Gari area of the metropolis.

The News Agency of Nigeria (NAN) Police Command in Bauchi State said on  Sunday that the explosion at St John’s Catholic Church, Bauchi, killed three persons, including the suicide bomber.

The police spokesperson, ASP Hassan Auyo, also told newsmen that 46 other worshippers in the church were injured.

He said that the incident occurred when a car-riding suicide bomber tried to force himself into the church.

Auyo said the bomber hit a barricade and detonated an Improvised Explosive Device that caused the deaths and injuries.

He, however, said that no arrest had been made, although investigation had begun into the incident.

Earlier, the Nigeria Red Cross and the Christian Association of Nigeria, Bauchi chapter, had given the casualty figure as four persons dead, including the bomber, and 48 others injured.

Troops have however cordoned off the area preventing journalists from assessing the area. Several dead and injured person were seen evacuated and placed along the streets within the scene of the incident.