Blue-Eyed Devil: Chaos surrounding U.S. ambassador’s death is a victory for extremists of every stripe 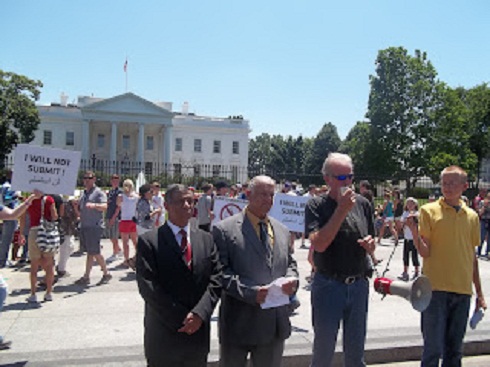 U.S. Ambassador to Libya Christopher Stevens was an American — and Libyan — hero.

Stevens arrived on the shores of Benghazi at the height of the Libyan people’s revolt against Moamar Gadaffi.

He brought with him a lifetime of service in North Africa, a love of the region and a fluency in Arabic.

He slipped into the city when the fighting was at its worst and aided anti-Gadaffi forces.

Stevens was the face of American-Libyan reconciliation.

Late Tuesday evening, he was killed as Libyan security forces and United States marines were overwhelmed by a well-armed and frenetic mob of angry militants.

In the weeks leading up to Sept. 11, 2012, the U.S. State Department and various American intelligence apparatuses reported no increase in extremist activity, no building threat.

What brought about the unexpected siege of the Benghazi consulate? What provoked Ambassador Steven’s murderers?

On Sept. 5, Morris Sadek, a Coptic Christian and Egyptian expatriate living in America, began circulating the trailer for a low budget indie film around the blogosphere and on YouTube.

Sadek, a far right wing anti-Muslim activist, had his Egyptian citizenship revoked after inciting religious strife, calling for the deaths of Muslim Egyptians and declaring himself the Prime Minister of a new Christian Egypt, which existed only in his imagination.

The film he was pushing is titled “The Innocence of Muslims,” and was showcased by his friend and associate, Florida pastor Terry Jones – yes, the same Terry Jones that held a national “Burn the Quran day” two years ago in Gainesville.

The 14-minute section released to the public opens with the Prophet Muhammad being duped into giving his wife oral sex and goes on to depict the Prophet as a rambling maniac who molests children and consorts with barnyard animals.

With Jones’s endorsement, Sadek leaked the film clip in a mass email sent to hundreds of prominent Arab journalists before going on a virtual tour de force of rabble rousing and mob incitement.

And on Sept. 9, an Arabic-dubbed version of the clip hit Egyptian airwaves — that’s when the Arab spin doctors, the Egyptian and Libyan equivalents of our own Fox News and Glenn Beck, went to work.

Sadek must have clapped his hands with glee when Sheikh Khaled Abdalla, an Egyptian television personality and mouth piece for radical Islam, picked up the clip and sent Muslim outrage into the stratosphere.

It was falsely reported in North Africa and throughout the Middle East that this film, which was directed by mysterious Israeli-American Sam Bascile, would open in theaters across the U.S. on the 11th.

Needless to say, in a culture that has refused to even paint a portrait of the Prophet for over fourteen centuries, this did not go over well. People took to the streets.

Sam Bascile told the Wall Street Journal he made the film because “Islam is a cancer,” and his film was meant to be a rhetorical and political weapon designed solely to galvanize Muslims.

The Associated Press also interviewed Steve Klein, a California Evangelical activist and technical director on the film, about the violence that had taken place.

“We went into this knowing this was probably going to happen,” he said.

So, on Sept. 11, the dominoes were perfectly aligned.

Ibrahim Matri, a petroleum engineering junior here at the University, and son of a Libyan diplomat and close friend of Christopher Stevens, just returned from a recent trip to Libya.

He paints a vivid picture of the circumstances that allowed for the assassination of a United States ambassador.

“The area east of Benghazi is a hotbed for militant activity.” Matri said, “The government is a shadow, at best. It’s nonexistent at worst.”

He believes the film had little to do with the actual attack on the American Embassy, but it did provide for an environment in which the already strained Benghazi police were scattered and pushed to the breaking point even before the assault was launched.

“These militants, these thugs, they are criminals. They are like the mafia,” Matri said as he detailed the state of militancy in post-Gadaffi Libya. “Fighters from the Ansar al Sharia (a group linked to Al-Qaeda), they run the countryside. They’re too well armed; the security forces don’t stand a chance against them.”

All they needed was an excuse and the perfect set of circumstances, said Matri. Sadek, Klein, Bascile and all those determined to yell fire in a crowded theater gave that to them.

So, under the cover of a mass demonstration, the militants surrounded Benghazi’s consulate in a noose – and after a fire fight that went on for hours, they watched as security forces broke and ran.

For the first time in almost forty years, an American ambassador lay dead on the dirt he had sworn a heavy oath to cultivate – and extremists of every stripe reveled in the terror they had wrought.

When asked if he had any regrets about the film they made and leaked to the Arab media, Steve Klein, the producer from California, said no.

“The blood’s on their hands – not mine,” he told the Washington Post.

And he’s right: the blood isn’t on his hands. The objective was to put blood on someone else’s.

They provided something that was much in demand amongst militant Islamist — an excuse to justify killing innocent people — and their only price was publicity and headlines for their hate-filled cause.

Klein, Bacsile and friends have made men like Ambassador Stevens obsolete, they accomplished what numerous religious thinkers and humanitarians have been endeavoring to do for centuries.

They’ve brought Christians and Muslims together.

Nicholas Pierce is a 22-year-old history senior from Baton Rouge.