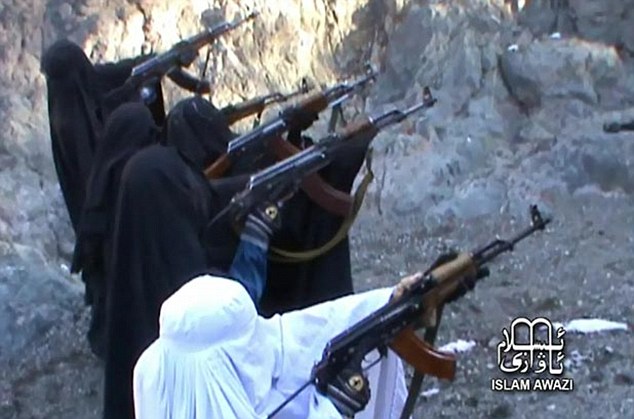 The JTF could not be reached to confirm the attack.

Operatives of the Joint Task Force on Wednesday shot dead three gunmen who disguised as women while attempting to launch an attack on a police station in Maiduguri, the Borno State capital, security sources said.

The disguised gunmen, suspected to be Boko Haram members, according to security sources, attempted to attack the popular Ibrahim Taiwo Extension Police Station.

But a tip-off from residents gave the security operatives opportunity to lay ambush on the attackers, and they opened fire as the suspects advanced in a “suspicious manner,” a source said.

The Boko Haram have lately changed their tactics by using women or putting on female clothes with arms hidden under their gowns, in order to beat security checks. 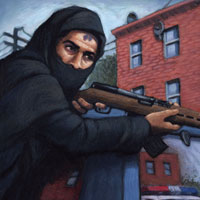 Women are subjected to less screening by security operatives to respect Islamic and Hausa culture.

In a related incident, a resident of Maiduguri, Aliyu Malami, said a woman got herself killed on Sunday by a bomb she hid under her gown while riding in a commercial tricycle.

“Last Sunday, a woman being driven on a commercial tricycle got herself and the driver blasted after an explosive tied to her back went off before she got to her destination.

“A lucky passenger who dropped from the tricycle said he became suspicious of the woman who was restless as she continued to urge the driver to move quickly,” said Mr. Malami.

“The bomb went off seconds after the lucky passenger was said to have alighted from the tricycle,” he added

PREMIUM TIMES also gathered that two women were arrested while attempting to enter Maiduguri Monday market with explosives hidden under their gowns. The women, who were arrested by the civilian vigilante tagged Civilian-JTF, confessed that they were sent to drop the explosives in the market.

Efforts to get the Borno JTF spokesman, Lieutenant Colonel Sagir Musa, to confirm the incidents failed due to the shutdown of GSM facilities in Borno.