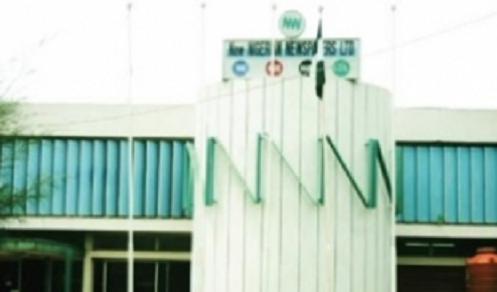 Fingers are being pointed at Boko Haram, the radical fanatic terrorist cult that operates out of Borno state as being behind this surprising, provocative publication. “The group is getting more desperate as the law is catching up on them, and the Muslim people and leaders are standing against them, and this is why they are playing dirty games.. they paid the guy to have this published on Friday to cause anger in Muslim youth and maybe rioting….and are hoping this furthers their sectarian strife and destruction goals. The security are on top of them.” An intelligence agent said.

Below is the post on the blasphemous publication, from SaharaReporters:

An article considered to contain ‘blasphemous’ comments about Prophet Muhammad (SWT) allegedly appeared in the New Nigerian newspaper in Kaduna on Tuesday.

The article, which is said to have first appeared online, found its way into the 47 year-old newspaper, which was established by late Premier of Northern Nigeria, Sir Ahmadu Bello only days before his death to protect Northern interests.

A senior security official in Abuja who spoke to SaharaReporters on condition of anonymity, said that the article appeared to have been picked up by the paper for their hard copy version without proper vetting.
The source said that independent investigators have arrived Kaduna, headquarters of the New Nigerian to establish the circumstances that led to the publication of the article.

“Yes our investigators were dispatched from Abuja to Kaduna to independently investigate the issue, and they are on their way back to Abuja and will brief the NSA of the findings,” he said. It is very dangerous and we don’t know what will follow, you remember the THISDAY saga and so on, our fear is [that] it can be manipulated to achieve clandestine interests like it has always been.”

He said our reporter that the comments were first noticed by some readers in Abuja who immediately drew the attention of the security agencies to it.

This development, which is causing tongue-wagging among the Muslim elite in the North, is coming barely a month after several protests that greeted a film also considered offensive by the Muslim world.  Many Nigerian Muslims turned out in thousands to demonstrate against the movie.

A banker in Kaduna confirmed that armed police men have been stationed at the headquarters of the New Nigerian on Ahmadu Bello Way.  A police officer also told our reporter that top editors of the paper who are Muslims were interrogated by police and asked to write statements about how the piece came to appear in their newspaper.

In order to manage the crisis the Sultan of Sokoto and several Islamic clerics have waded into the issue to calm the situation in the restive region.

Nigerian authorities said Friday they had arrested an alleged high-profile member of Islamist extremist group Boko Haram at the home of a senator in the violence-torn Nigerian city of Maiduguri.

The statement from a military task force in Maiduguri did not name the senator and provided few other details. There have been allegations of links between elements of Boko Haram and local politicians in the past.

“A high-profile Boko Haram commander, one Shuaibu Mohammed Bama, who has been on the list of wanted terrorists … was arrested by task force troops in a serving senator’s house …,” the statement said of the arrest on Thursday.

“He is in the custody of the (task force) and assisting in the investigation and has since made startling revelations.”

In November 2011, Nigerian secret police said they had arrested an alleged Boko Haram spokesman with ties to a member of parliament. The alleged links however appeared to involve local politics in Nigeria’s northeast.

Nigerian authorities frequently exaggerate their efforts in arresting or cracking down on Boko Haram, which has carried out scores of bombings and shootings.

Violence linked to Boko Haram’s insurgency in northern and central Nigeria, including killings by security forces, is believed to have left more than 2,800 people dead since 2009. http://www.rnw.nl/africa/bulletin/ni…-senators-home