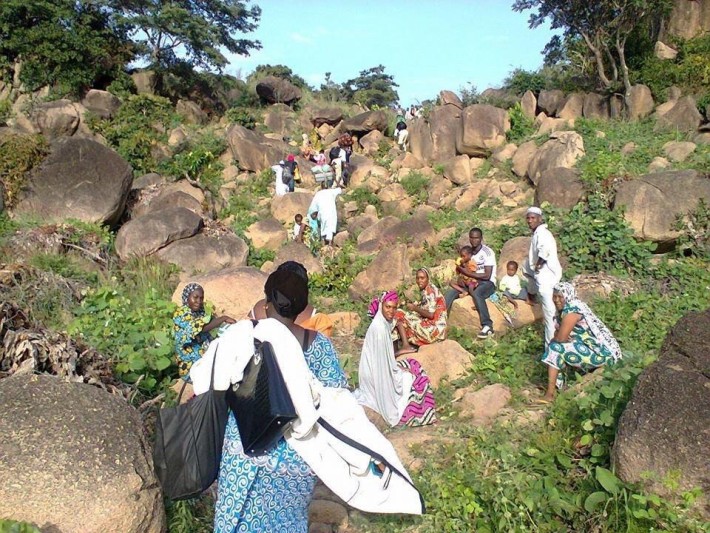 Boko Haram has asked the displaced residents of communities it took over in Adamawa state to return to their homes.

The terrorist group assured the residents of better security in the “Islamic Caliphate than in Nigerian territories”.

A resident of Uba town, Salisu Baba, said normal activities have started picking up in the captured territories as Boko Haram enjoined residents to go about their normal activities and open their shops for business.

Mr. Baba said the insurgents have assured them of security and freedom.

He said unlike in other parts of the state where curfew has been imposed and people prevented from riding motorcycles, the insurgents have assured residents of free movement at anytime of the day.

“(The terrorists) are threatening that anyone who fails to open their shop will have it broken into,” he said.

The Deputy Governor of Borno state, Zanna Mustapha, had said in Yola on Monday that going by the ease with which Boko Haram was capturing territories in Adamawa, Borno and Yobe, the three North-Eastern states would soon be history.

“If the Federal Government does not add extra effort, in the next two to three months, the three North-Eastern states will no longer be in existence,” he said. “The Federal Government has tried its best but their best is not enough because rather than going after the insurgents, it is the insurgents that are going after us. It is a big crime that the criminals are better equipped than the military and they are just few kilometres from the Adamawa, Borno and Yobe states capitals.”

He said the continuous occupation of more towns by Boko Haram had confirmed the Borno state governor’s statement that the terrorists possessed superior weapons.

He disclosed that 13 local governments in Borno, three in Adamawa and others in Yobe were currently under the control of Boko Haram. He said, going by intelligence reports, if the Federal Government did not step up its security measures the fall of the three states would only be a matter of days or weeks.

Mr. Mustapha expressed his doubts on the purported ceasefire agreement between the Federal Government and the terrorists.

The Borno deputy governor spoke in Yola shortly before a former Vice President and Presidential aspirant, Atiku Abubakar, lamented, in Abuja, the ease with which towns in the North-East were falling into the hands of the insurgents.

Atiku wondered why the Nigerian government was unable to overwhelm Boko Haram despite the claim by the administration that an increase in the country’s security budget would help relevant agencies and the military tackle the insurgency.

“The situation in which we find ourselves today is grave,” the former vice president said. “Much of Borno, and the north of Adamawa and Yobe states is already at the mercy of the terrorists. It started a few months ago with Bama, which is nearly 400 kilometres from Yola, capital of Adamawa State.

“The next major town to be taken by terrorists was Gwoza, where a terrorist caliphate flag has long been hoisted.

Smaller towns near Gwoza such as Pulka and Limankra are equally not free. Next was Madagali. The town is still being occupied. Then fell Gulak. Next was Michika, then Bazza. Next was the twin town of Uba which is half Adamawa and half Bornu. Its neighboring town of Lassa was also overrun. Uba was the latest town captured before the terrorists trampled on Mubi. People from these troubled areas are now pouring into Yola for safety.