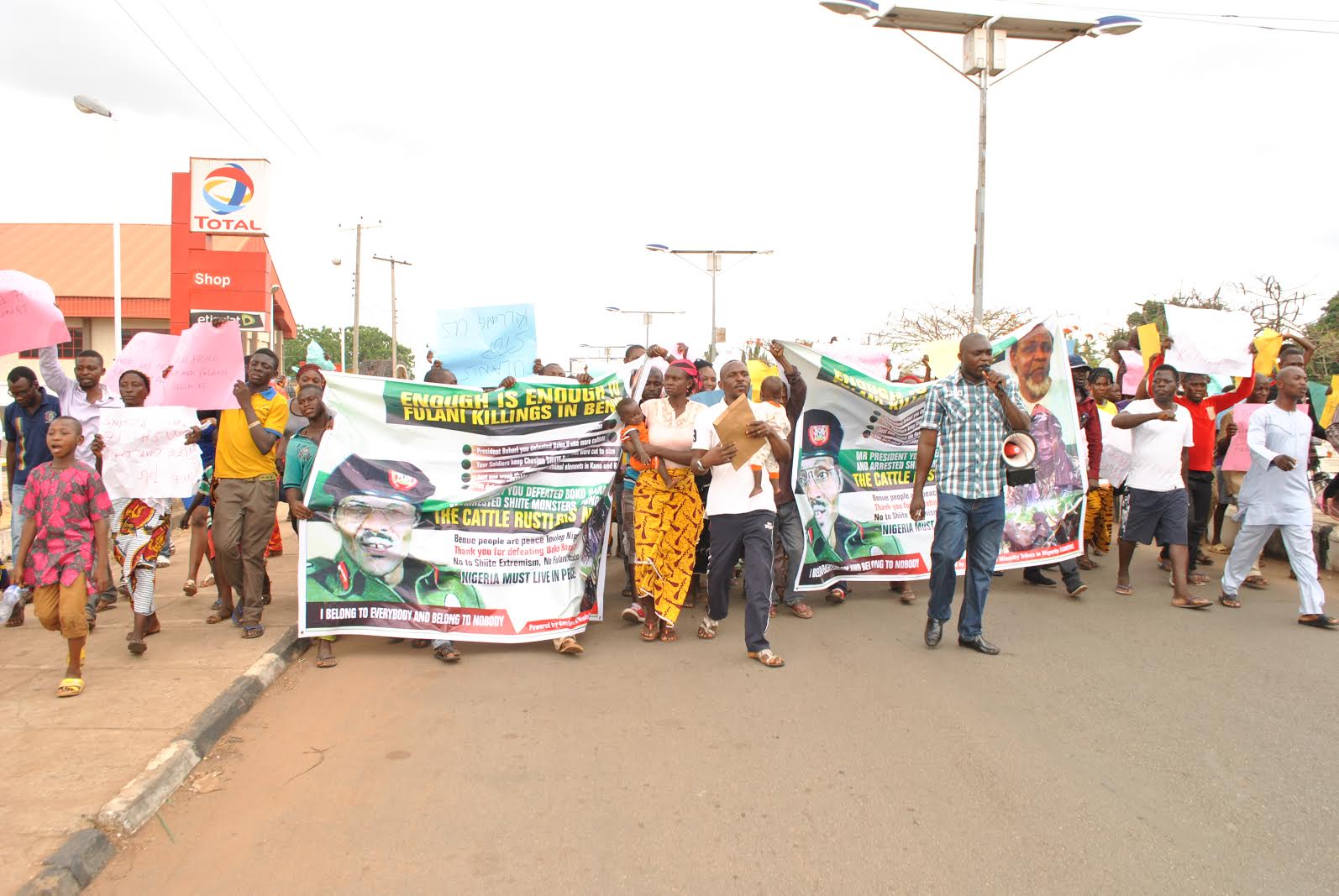 Benue state governor, Samuel Ortom today declared that the North will no longer tolerate any extremist group which threatens the peace of the region.

The Governor who made this declaration today while addressing a group of protesters led by a civil rights organisation, Conference of Minority Tribes at the Benue Peoples House also assured the people of government’s continued protection from external attacks.

Ortom also assured the protesters that the government was looking into the issue of further attacks by herdsmen even as he informed of increased security presence in the affected areas.

“The on-going ethnic cleansing has been mischievously labelled Fulani-Agatu crisis under circumstances that are at best efforts to desensitize the national consciousness to the enormity of the scale on which Benue state people are being wiped-out on a daily basis.” Okpokwu said.

Furthermore the group has also requested the Federal Government to provide compensation and relief to the victims of the invasion, while demanding the government to come out with a definite policy to curtail extremism.

“Individuals fingered in the Shiite crisis and those threatening the state as clearly seen in the published videos must be arrested and prosecuted. Government must then come out with a definite policy to curtail any form of extremism.” He said.