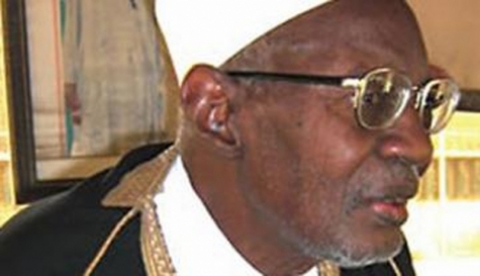 The governor said Mr. Monguno is 92-years-old and not 87 as reported earlier.

The Borno Elders led by Ambassador Gaji Galtimari are currently having an emergency meeting with the Borno State Governor, Kashim Shettima, and security chiefs.

The meeting is about the kidnap of a former minister, Shettima Ali Monguno, who was kidnapped after the Friday Jumat prayers. The meeting is being held at the family house of Mr. Monguno adjacent the Borno Government House.

Mr. Galtimari, who is chairing the meeting, confirmed to reporters that Mr. Monguno was kidnapped as he was leaving the mosque.

In his reaction before the closed door meeting started, the governor said that it was “inhuman for anybody to kidnap a 92-year-old man,” indicating that Mr. Monguno is 92 and not 87 as earlier reported.

Mr. Shettima said he had spoken to President Goodluck Jonathan and the National Security Adviser, Sambo Dasuki, over the kidnap. He said it was only a “mad man that will harm an old man.”

Also attending the meeting is the State Director of the State Security Service, the State Commissioner of Police and all other security chiefs in Borno.

The house, which is surrounded by security operatives, is also filled with hundreds of sympathisers some of whom are shedding tears over the kidnap.

No group has claimed responsibility for the kidnap, although kidnapping for ransom by the Boko Haram has been on the increase in Borno and the Joint Task Force has also warned about it.

Some unknown gunmen suspected to be members of the islamist sect Boko Haram today kidnapped elder statesman Alhaji Shettima Ali Monguno this afternoon at the Mafoni Jumaat Mosque immediately after he performed the Friday Jumaat prayers.

The kidnappers forced the 87-year old into their car and sped off after shooting into the air to scare away worshippers at the mosque.

Most residents are angered by this incident as they pray for his safe release by his abductors and pray for Almighty Allah to punish those indulging in such heinous acts and bring an end to their atrocities.

His son Rahma Monguno has confirmed the incident. Rahma told Saharareporters by phone that the kidnappers have made contact with the family, but he said they are not asking for money but the release of some of their members detained by the government.

Last week the JTF in Maiduguri had revealed that dreaded sect has changed tactics and was beginning to engage in kidnapping.

Two weeks ago, the sect made $3.5 million from kidnapping a French family in Cameroon.