Boko Haram Kingpin Arrested in Sokoto with Cocktail of Death; Flown To Abuja 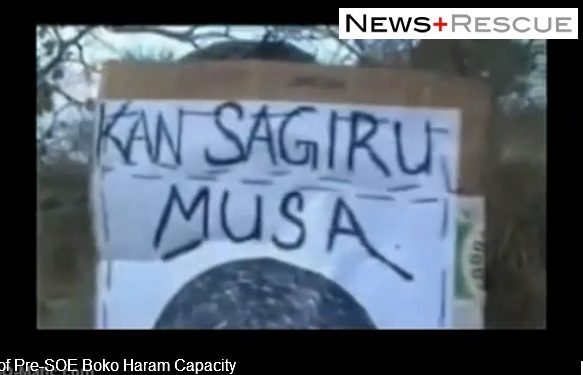 One of the high profile members of Boko Haram, Mubarak Dan Hajia, was yesterday whisked to Abuja aboard a military jet, a security source confirmed to Daily Sun in Sokoto. The suspect was arrested last week in a joint operation by men of the 1 Brigade Nigerian Army and the State Security Service (SSS) in the state during which arms and ammunition as well as explosive materials were allegedly recovered from his custody.

An airport official, who preferred anonymity, said the prime suspect was blindfolded while he was being led into an Air Force presidential jet, amid maximum security mounted at the Sultan Abubakar III Airport.

Earlier, Army authorities in Sokoto State had confirmed the arrest of the suspect alongside others suspected to be his footsoldiers with various arms, ammunition and bomb-making materials in a hideout at Nakasare area of the state capital.

It was further gathered that the suspect had earlier evaded arrest by the joint task force before he was nabbed along Sokoto-Birnin Kebbi Road during a manhunt mounted by the operatives. The suspect, a native of Sokoto, was believed to be among the high-rank commanders of the sect.