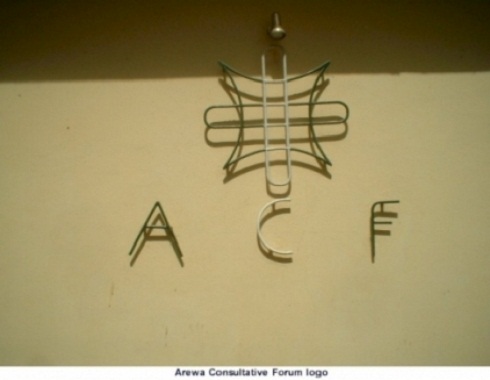 The Arewa Consultative Forum, ACF, has accused Nigeria’s leading politicians of being insensitive to the plight of victims of the insurgency in the north eastern part of the country.

The group said in a statement on Sunday that it was concerned that rather than working together to resolve the Boko Haram insurgency that has claimed over 13,000 lives and displaced hundreds of thousands of people, the politicians were more interested in their 2015 ambitions.

“It’s an irony that while Nigerians in the Northeast region are being killed by insurgents and Nigerian territories being seized,” the ACF said “our politicians are busy collecting party declaration forms to contest 2015 elections instead of collaborating efforts to contain the insurgency.”

Although the ACF did not name any politician, the past few weeks have seen President Goodluck Jonathan and his would be major challengers pick the nomination forms of their parties. 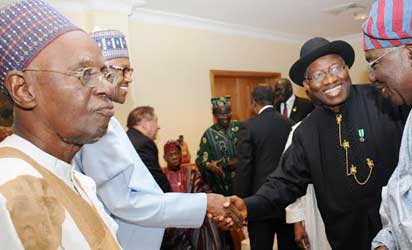 In Sunday’s statement signed by its spokesperson, Muhammad Ibrahim, the ACF also questioned the ceasefire announced by the Jonathan administration.

The group said the bomb explosion in Gombe on Friday that killed about 27 people, as well as the continuous attacks in Borno and Adamawa by the insurgents brings to question the ceasefire the federal government announced it had with the insurgents.

“It is really disturbing and worrisome that despite the assurances given by Government that appropriate security measures are being put in place to contain the insurgency including the ceasefire agreement, the situation in the Northeast region is deteriorating which needed a decisive action to quell it.

“Towns like Bama, Gwoza and many others are still under the control of the insurgents despite the emergency rule in Borno, Yobe and Adamawa states,” the group said.

“Nigerians are becoming skeptical and no longer have confidence in the assurances being given by government officials regarding the security challenges, since the terrorists have continued to unleash mayhem on the people without adequate counter offensive from the
military,” it added.