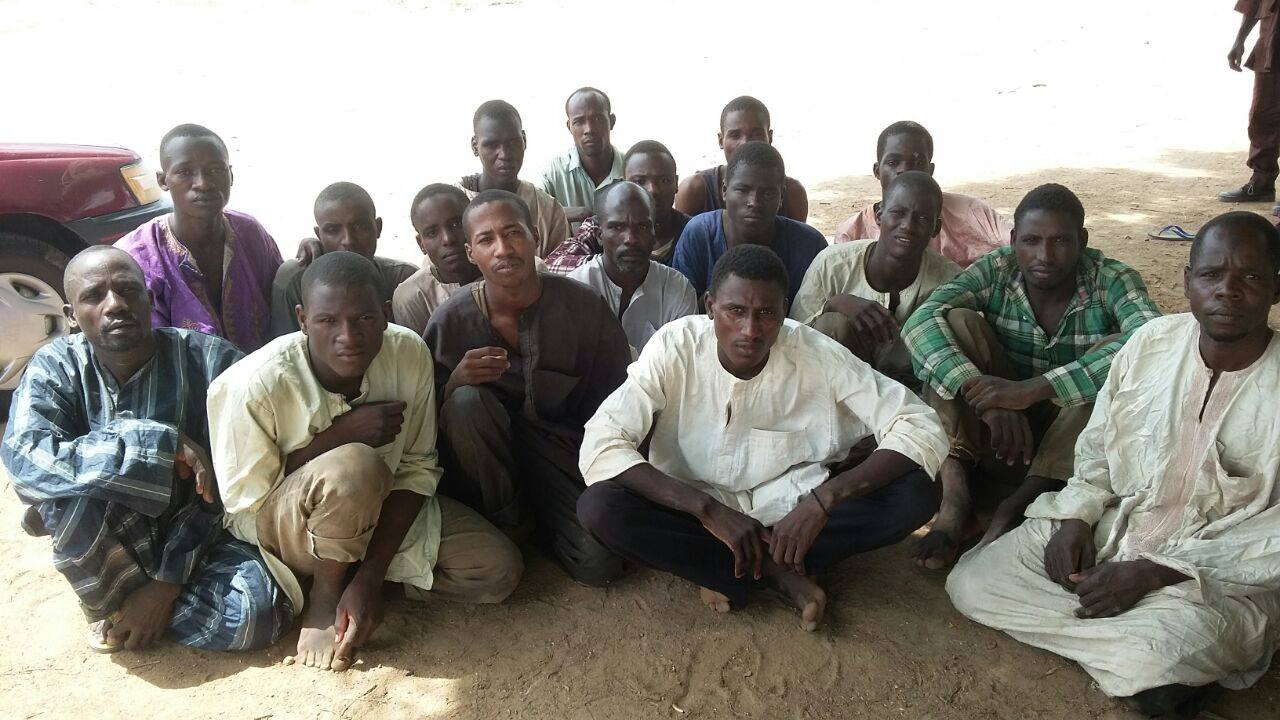 Some elements of Boko Haram terrorists on 6 motorcycles yesterday attacked Kutuva village in which they killed 4 persons and abducted 4 women from the village. Consequently, the local vigilante in Kaya mobilized immediately to the village and trailed the terrorists up to their suspected hideout located somewhere south of Sabon Garin Bale. The vigilante did their best by engaging the terrorists, unfortunately they escaped into the bush. But the courageous vigilantes destroyed the terrorists camp and recovered all hoisted Boko Haram terrorists’ flags, 3 Fabrique Nationale (FN) rifle magazines, 2 AK-45 rifle magazines and 24 rounds of 7.62mm (NATO) ammunition. The vigilantes also rescued an 11 year old girl who stated that she was abducted by the terrorists from Batha village. Sadly however, the vigilante could not trace the terrorists or the abducted women. However, effort is on going to trace and rescue them.

In a related development, a team of local vigilante in Damboa led by Sarkin Yaki Ali Gwoza intercepted some persons along Njaba road, south of Damboa town while on patrol. During preliminary interrogation, they confessed that they were Boko Haram terrorists group members that were compelled to join the insurgency against their will and that they were on their way to Damboa to surrender to the military. They attributed their decision to give up their nefarious activities because continued military onslaught and that life has become hard and unbearable for the terrorists generally.

Further screening has confirmed 17 of them as hardened Boko Haram terrorists trying to escape and infiltrate the society.

Similarly, a combined patrol team of 7 Division Garrison, 101 Special Forces Battalion and 3 Civilian JTF, while on clearance patrol, intercepted a Golf car with registration number BX 508 RBC, suspected to be carrying suppliers of logistics such as spare parts and Improvised Explosives making Devices materials to Boko Haram terrorists along Kayamla general area Tuesday morning. The suspected suppliers abandoned the vehicle and fled into the bush on sighting the patrol team. The vehicle and its contents has been recovered to nearby military location.