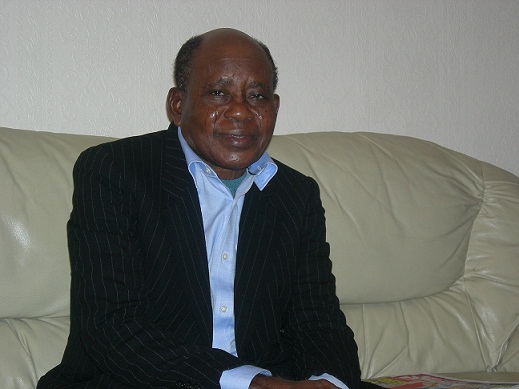 FORMER GOVERNOR GONI SPEAKS ON THE NEED FOR EMBRACING PEACE AND APPEALS TO AGGRIEVED YOUNG MEN TO ACCEPT DIALOGUE TO RESOLVE THEIR PROBLEM
by A M Bashir Shuwa, Leeds UK

Former governor Mohammed Goni of Borno State who was also the defeated candidate of the PDP in the last governorship election in the state has been in Manchester, United Kingdom recently. During the visit the former governor spoke to us on various matters of national importance and in this interview with Abdullahi Dakas, a PhD student from the University of Leeds, governor Goni expressed his concern over the security situation in the country which according to him is disturbing mainly due to the threats posed by the Boko Haram problem.

Worried over the worsening condition of the people due to the escalation of violence, former governor Goni made this passionate appeal, “I am appealing to our young men to come forward and sit with us, come back to us, let us sit and talk so as to sort it out. We feel that we are their father’s parents and we feel strongly about what they are trying to get and that is why I have said it several times that there is the need for governments to have a bigger concern by providing good education to children and providing work. Providing work is important because if your child is not working after being educated that can be a danger too.”

While expressing his disappointment with the government for leaving the region in tumultuous situation he raised his expectations for getting out of the mess through dialogue and consultations, his words “to the government of today as we are, it is with disgust that we are observing what is happening and there is the need for the governments at federal and state levels to sit with the leadership of this people and to ensure that what they want can be worked out in order for peace to reign. Without peace it is the children, the youths who will suffer more.”

The former governor implored on those engaged in violent conduct to change their mind since he said that “there is no point for anyone to resort to violence more so to killing because it doesn’t pay, in fact it offends both sides, the killed and the killer. I will want to appeal to the leadership of the country from the federal, state and local government level that we should try to ensure good leadership because once you don’t have good leadership, once you don’t wash out corruption that has been going on and once you don’t have the mentality to ensure that people don’t suffer even if you are enjoying knowing that your enjoyment cannot be complete without your neighbors having the minimum they could get to eat and live on, therefore we pray and we are asking for everybody in the country to ensure that we become our real brothers keepers.”

He also observed that “issues of religion, issues of tribe, issues of all other differences should be set aside because if we look at it Nigeria is a big country and in the past our parents are people who were years ago lived together as brothers and sisters. I can assure you that even during our time when we were young at school we in fact made more friends from other states than in our own states and I can’t see why the same thing cannot happen now.”

He opined that all Nigerians will continue to suffer if we turn a blind eye and allow the problem affecting one section of the country to continue unabated “and once you have any part of Nigeria is pained the whole Nigeria suffers because as a federation it is essential that we must of course make sure that the provision of facilities for the welfare of the people are evenly distributed. That is important because people have learnt particularly the younger people, they have learnt enough to refuse to be cheated, there is need for our government to realize this.”

The former governor also encouraged leaders to intensify efforts at integration by identifying the need to imbibe the culture of accommodating our diversity and equitable distribution of resources so as to successfully guide the country forward when he said “there should be a way by which the whole governments is taken as part of the same system even though with different means but these means should be used broadly for the welfare of all. During our time I remember there were times even when state governments would go and borrow from other governments as my government for example did in education when in Lagos state Jakande was the governor they gave us loan and later we paid. Similarly there is the need for all the states to work together as one.”

Alhaji Mohammed Goni finally reiterated his earlier call on the youths to shun violence by urging them to embrace one another when he pleaded with them to “please stop what is happening and I appeal in this sense more to the youths in the whole of the North, Borno, Bauchi, Yobe, Kano, Plateau, Kaduna and all the rest, they should put aside their religious or political differences and live as one people in one nation and be our brothers keepers.”