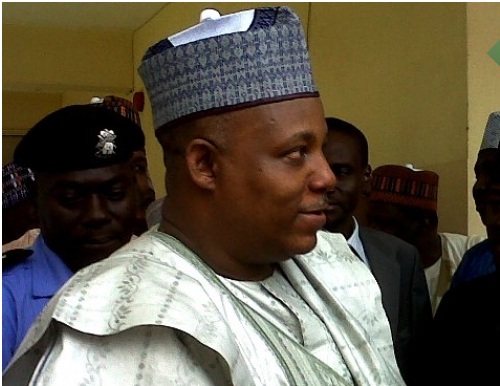 NewsRescue– The Borno State government of Nigeria has proclaimed that the killings in the state under the auspices of Boko Haram are politically motivated. According to the Punch, the state commissioner of information, Mr Inuwa Bwala said:

Many victims of the killings in the state were members of the All Nigerian Peoples Party.

He said, “A large number of some of these things are political and that is why greater numbers of people being killed are from a particular party, they are all from ANPP.

“Even on Thursday, they killed somebody, who defected from Peoples Democratic Party to ANPP.

“The late Gen. Mamma Shuwa was the chairman of the Board of the ANPP. I can continue to name names for you; all of them are from the ANPP.

“All these people being killed are from the ANPP. There is no single PDP member that has been killed to date.

“Even if it were a coincidence, we have a very serious inclination to the effect that this thing has serious political undertones. Politicians find in Boko Haram perfect alibi to commit all sorts of crimes.

“To an extent, you cannot clearly define in this configuration which one is a Boko Haram and which one is not.”

On the demand for talks with the Federal Government by the Boko Haram, Bwala said the state government believed that such request was suspicious.

He said while the members had stated its terms for ceasefire, the best thing would have been to allow the Federal Government to choose its representatives. Read more…

NewsRescue recently published on the PDP relationships and affiliations of terrorism in Northern Nigeria, and the party being responsible for the arming and supplying of terrorists and  the fueling of terrorism. You can read this here: NewsRescue- Revealed: Borno PDP and Boko Haram – the “Nest of Killers” 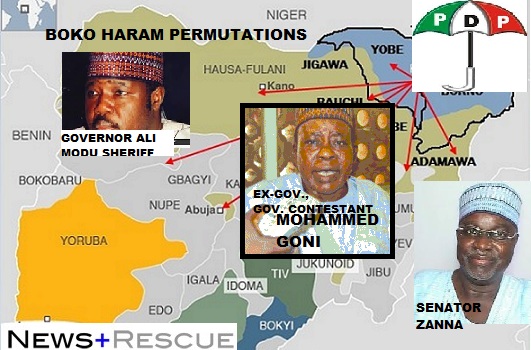