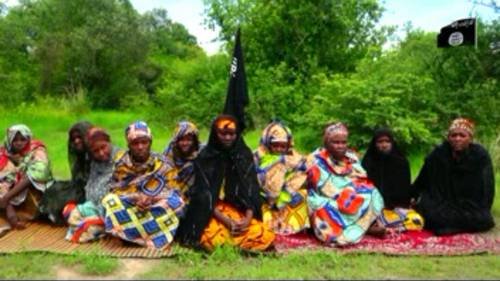 The Margi community in Borno State has petitioned Acting President Yemi Osinbajo over the abduction of 14 women along Maiduguri-Damboa road last month by Boko Haram.

This is even as the insurgents released a video yesterday showing the abducted women.

The women were abducted along with the Nigeria Police lorry carrying them while conveying the corpse of late Police Sergeant Rahila Antakirya to Lassa in Askira/Uba LGA for burial.

Distributing copies of the petition in Maiduguri yesterday, the leader of the Concerned Margi Elders from Askira/Uba, Barr. Madu D. Bukar, said, “The Chairman of the Askira Uba LGA, Abubakar Mazhinyi, in his capacity as the chief security officer of the area, notified the Security Agencies formally on 30/06/17 to take appropriate action. To date, the security agencies are still silent on this burning issue.”

In the petition, signed by 15 elders, Osinbajo was urged to “get our kidnapped women released so that the case of the kidnap of Chibok Girls, being kept for three years in captivity is not repeated on our 14 women.”

Meanwhile, in the video released by Boko Haram yesterday, one of the abducted women Adam Gomdia called on the federal government to negotiate their release, just like they did for the Chibok girls recently released.

Another captive, Deborah Philibus, said the police should stop saying that they were not abducted. Many of the abductees were seen crying.

There was no immediate reaction by the police on the released video last night.