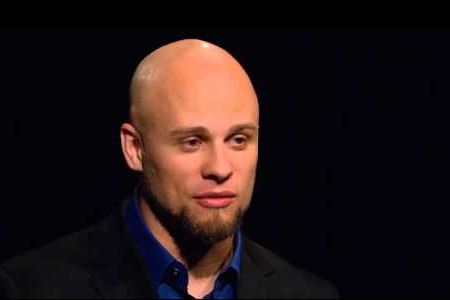 A former U.S. Air Force drone operator has said he is haunted by participating in operations that killed more than 1,600 people in Iraq and Afghanistan.

In an interview with NBC News on Thursday, Brandon Bryant, now 27, recalled witnessing the deaths he contributed to from afar.

Bryant who guided assassination drones over Iraq and Afghanistan for five years, said he “lost respect for life” as the consequence of taking part in operations that took an estimated 1,626 lives.

A self-described “naïve kid”, Bryant told NBC News that he joined the Air Force when he was 19. His recruiter told him he would be like a character in James Bond movies, feeding information to people on missions, he added.

Bryant recalled one of his first tasks as a drone operator in an Air Force base in Nevada operating the camera when their team launched two missiles from a drone thousands of miles away in Afghanistan.

The missiles hit three men walking down a road, Bryant recalled, as he and the rest of the team were watching the victims on their computer screen.

“The guy that was running forward, he’s missing his right leg,” he told the NBC. “And I watch this guy bleed out and, I mean, the blood is hot.”

Bryant said the man’s thermal image grew dim until he became the same color as the ground, at which point they knew he was dead.

Bryant said he is now suffering from various disorders like anger and sleeplessness and has been diagnosed with Post-traumatic Stress Disorder (PTSD).

He said “It’s too heartbreaking” to think how many people whose lives they took might have been innocent.

U.S. drone strikes have killed more than 4,700 people overseas since 2004, according to Republican Sen. Lindsey Graham. Local and international investigations suggest that most of those killed in drone attacks are civilians.