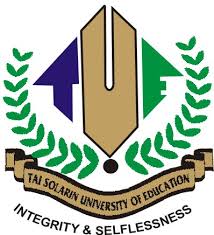 The Deputy Vice Chancellor of the Tai Solarin Univerisity of Education in Ijebu-Ode, Ogun State, Professor Olusoga Olusanya has been freed by his abductors.

Professor Olusanya regained his freedom this morning after he was kidnapped yesterday by armed gunmen.

It is yet however unclear if ransom was paid to secure his release.

Rudolf Proves Jonathan Worth Over $120 Million: ...