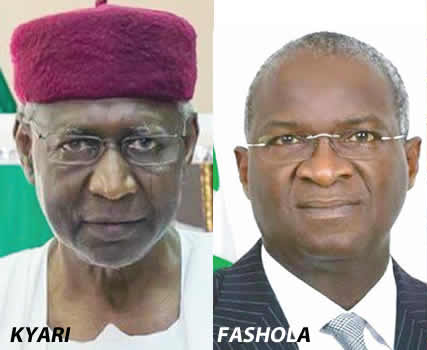 As Nigerians speak ill of the controversial $9.6bn judgement in favour of the Process and Industrial Developments, P&ID, the country is at the verge of losing another $2.3bn in France over unresolved legal and funding crisis involving the Nigerian government and a local content partner, Sunrise Power and Transmission Company Limited (SPTCL).

A statement obtained by TheCable, revealed that the country could possibly lose $2.3 billion fine in arbitration in France as a result of controversies surrounding the Mambilla power project in Taraba state.

The company through its chief executive officer Leno Adesanya, said the SPTCL was sidelined in the project by the ministry of power in a series of petitions to President Muhammadu Buhari, Vice-President Yemi Osibanjo, Malami, Babatunde Fashola, former minister of power.

The company averred that the federal government awarded SPTCL the contract to build, operate and transfer (BOT) in 2003.

The sudden breach of contract according the company was done by ‘vested interests’ in government.

As a result, SPTCL dragged the federal government and its Chinese partners before the International Chamber of Commerce (ICC) in Paris, France, over an alleged breach of contract.

In view of that SPTCL is making the following claims for being excluded from the final contract:

Loss of the commission due by SINOHYDRO to SUNRISE: $855 million

Loss of profit that would have been made through the resettlement contract: $525 million