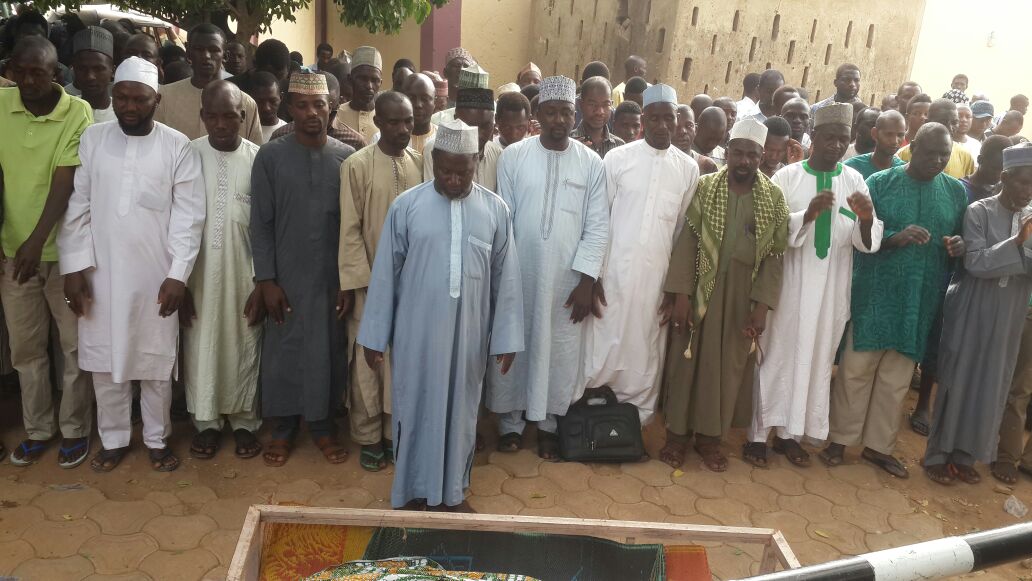 Today, another brother of the Islamic Movement, among those awaiting trial in Kaduna prison was buried in Tudun wada Kaduna cemetery, exactly 3 months after he was locked up after suffering gun shots during the Nigerian army’s attack in Zaria last December; complications of which subsequently led to his death.

Abbas Ishaq, 49, was arrested in Sheikh Zakzaky’s house and died two weeks after he and 200 other brothers and sisters of the Islamic Movement were detained in Kaduna central prison.

After much persuasion, the Hospital where his corpse was stored released him for proper Islamic burial today.

Doctors of the Islamic Movement confirmed that he was unattended to by the prison authorities when he was in prison, a situation that led to his death.

Abbas, who is a native of Danja in Katsina state, but lives in Kawo Kaduna, left behind a wife and a child.

One other brother, Usman Zubairu Ikara was released earlier this month by the army when his arm had been severely rotting in jail.

There is still another corpse yet to be released to the Islamic Movement for burial. It is that of Idris Khalid. Efforts are still going on for its release for burial.

Abbas is the only person released by the authorities for Islamic burials, even though there are over a thousand unarmed people gunned down by the military during the Zaria massacre.