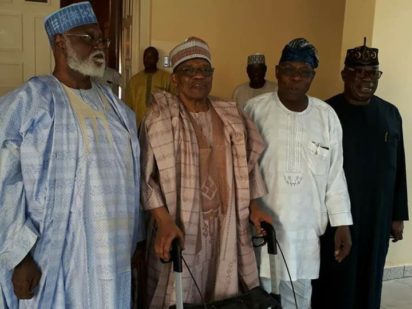 The board of Nigeria Plc, met in Minna yesterday to discuss the dwindling fortune of the Enterprise, especially the status of the current MD, Mr.Moh Saibaba.

In attendance were the Chairman of the Board, Mr. Segun Ebora,and two other executive directors, Mr. Ibro Maradona and Mr. Salami Abu.
The directors not in attendance were Mr. Theo Danja, Dr. Jack Yakubu and the current MD, Moh Saibaba.

It is assumed that the board is looking for a replacement for the MD, who is currently indisposed, and may be looking in the direction of the current DMD, Yemi Banjo, with some outside forces, including the MD of one of the subsidiaries, Kaduna Mafia ltd, Mr. Hell Ruffy, the MD of an affiliate corporation, the Senate inc, Bukky Abubakar,MD, Caliphate ltd, Amin Tambu, former MD, Sharia industries, Mr. Kwankwa, former DMD, Atlas Abubakar, all waiting to invoke article 419 of the company’s by laws to force a proxy fight at the next AGM in 2019.

An inside source told fakenews that the Board is concerned that the MD, who had not chaired management meeting for a while, and had cancelled the meeting altogether on a number of occasions, now issues memos through his Secretary, Mr. Aba Suzzy kelele,, and his private driver, Mr. Maman Dereba, appears to have lost the capacity to run the Enterprise effectively given his health challenges.

It would be recalled that the company Secretary, Mr. Bachama, is currently on suspension, along with a director in the Security department, Mr. Okanjuwa Ode, while they are being investigated for fraud.

The decision of the Board would be communicated to the shareholders at the AGM slated for 2019.