Tomorrow, the Muhammadu Buhari government commemorates its second anniversary.  Mr. Buhari will not be available to read a speech, as he is on a hospital bed in the United Kingdom.  May he recover to return to the land of his ancestors.

I expect the flood of positive testimonies by government officials, which began last week, to reach a crescendo.  But I think Acting President Yemi Osinbajo understands the sensitivity of the moment.

There are some people who are congratulating the government over its “achievements” so far.  I am not one of them. 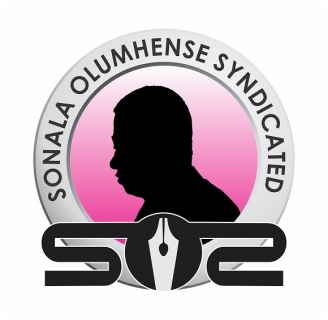 In principle, every government has an issue on which it enjoys some success.  Such success may be modest, or it may be spectacular.  Every assessment deserves to be done in relation to the scale of the challenge, but also in terms of the vision of itself by the incoming government.

Coming into power, the Buhari government was almost a success.  It marketed a vision of an unprecedented onslaught on corruption and insecurity in Nigeria as key issues, but also as they impacted the economy.

By undertaking this high road, President Buhari affirmed, he would make Nigerians trust the government again.

With two years gone and two to go, the government deserves commendation for its prosecution of the war against Boko Haram.  The militants are far from defeated, but no longer do they have Nigeria in the stranglehold they did under the previous administration.

In other words, the government should stop saying it has defeated Boko Haram, and concentrate on trying to accomplish that.

Even then, Boko Haram does not constitute the insecurity in Nigeria.  The country is still largely insecure, large swathes of it being under the menace of herdsmen, kidnappers, armed robbers, crooked security personnel, and poor infrastructure.  Every day, there are reports of policemen and soldiers visiting violence on unarmed citizens under one pretext or another.  As the obituaries multiply, nobody who is rich enough travels by road any longer.

Two years in, the character of the Buhari government is that while it preached transparency and accountability on its way in, it is hardly an accountable government.

The President and his officials do not speak to the nation regularly, and government spokesmen pronounce principally denials.

The government, despite its promises, scoffs at the rule of law, and does not obey the courts.

Think about it: early in 2016, a court ordered the government to publish the nation’s loot recovery record and to create a website for that information.

The Buhari government has refused to do so.  But as he attempted a highlight reel of its achievements last week, the Attorney-General of the Federation and Ministry of Justice (AGF) announced that the government has in its two years recovered N59.9 billion and $666,676.

To begin with, for a country as ethically-decayed as Nigeria, it is insulting for the government to announce it has only recovered such small sums.  It is even more insulting to publish those sums without identifying the people from whom the money was recovered.

By choosing this path, not only has the government confirmed its lack of transparency, it has become part of the corruption conundrum.

The government also last week listed among its achievements the signing of memoranda of understanding with “no fewer than six countries” to track and recover looted Nigerian funds.

An MOU is not an achievement.  What an MOU yields may be, but there was nothing in last week’s report about any MOUs helping to achieve anything in the past two years.

I also found it quite disingenuous for the government to have listed as part of its loot recovery the N50 billion paid as a fine by MTN, and some limited sums recovered from private residences.

This is similar to the government announcement that it is seeking the repatriation of hundreds of politically-exposed Nigerians who committed “heinous crimes” in Nigeria.  Most of them are thought to have been treasury-looters, but the government revealed no pertinent information.

That all sounds good, but it is another promissory note, another carrot dangled in front of Nigerians starving for justice and redress from those who have thrown them into despair and trampled them into poverty.

The problem is that Nigerians continue to receive these phantom meal vouchers, but never the meals.  They continue to be told to spread out receptacles in front of their doors for the manna to fall from heaven, but the manna never does.

In other words, the Buhari government lacks the very credibility it promised.  It does not take two years to ask other countries to expatriate a Nigerian national.  We have extradition treaties with many countries; where are the requests we made two years ago, or last year?  How many have been repatriated?

What is more telling is that some of the looters are in Nigeria, living well, and untroubled by nobody.  Some are said to have been kind enough to refund a slice of what they stole, but the Buhari government seems content to let them enjoy their peace and their wealth.  They enjoy police protection and small private armies of their own to ensure nobody trifles with them.  Not exactly the change Buhari promised when he ran for office.

In Gambia last week, the government obtained a court order to confiscate assets belonging to the country’s former leader, Yahya Jammeh.  They included 86 bank accounts and 131 properties he acquired illegally.

Regrettably, Buhari’s “corruption-fighting” government appears unable to summon the courage to do something of this nature.

Worse still, proof emerged last week that there is a deal in place to protect privileged persons, following the EFCC’s announcement of final forfeiture proceedings against former First Lady Patience Jonathan for some properties she owns.

An EFCC source told The Nation she was originally left alone because of a deal brokered by the Abdulsalami Abubakar Peace Committee.

Another told the newspaper: “Part of the deal was that any loot or suspicious asset traced to the former first family might be mutually discussed and quietly returned.  But the deal went awry when [Mrs. Jonathan] decided to approach the court to seek the enforcement of her fundamental human rights and to challenge the freezing of her accounts.”

What this means is that had Mrs. Jonathan not exhibited some greed, she could have kept enough of her estate to go around consoling victims of the crime.

And so, on this second anniversary of the government, Nigerians are left wondering how President Buhari could have agreed to a deal which falls somewhere between betrayal and surrender. 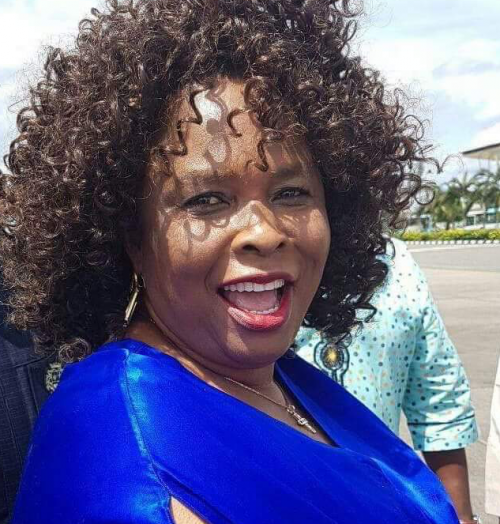 It may explain why there is no identification of looters, unless by default.  It may also explain why, if the suspect is “big” enough, he cannot be prosecuted.  Remember, current Nigeria police chief Ibrahim Idris confirmed that his predecessor, Solomon Arase, walked away with 24 official vehicles upon his retirement.

And remember: the EFCC also confirmed that it recovered 17 “exotic vehicles’’ from a Kaduna warehouse belonging to former Customs boss Abdullahi Dikko Inde.  In this war, some men appear to be above the law.

My summary of the past two years is that when all the propaganda is removed, Nigeria remains a crime scene.  The past is the present, and there are two countries: Country Rich vs Country Poor; Country Protected vs Country Deceived; Country Hide vs Country Seek; Country Right vs Country Wrong.

In the words of the sage, Chinua Achebe, this is too dangerous for silence.  Arise, oh compatriot!