The former head of state clinched a majority of the vote and according to reports, got 3,430 votes.

Governor of Kano, Rabiu Kwankwaso made a great debut as a favorite, coming second with about 974 votes. Chief financial-muscle contender, Atiku Abubakar got only 954 votes to come third. Atiku spent a good portion of a billion dollars according to estimates.

Based on the results, people are saying that “money was ashamed.”

The Primaries was done professionally, and nicely giving the APC good PR according to spectators. 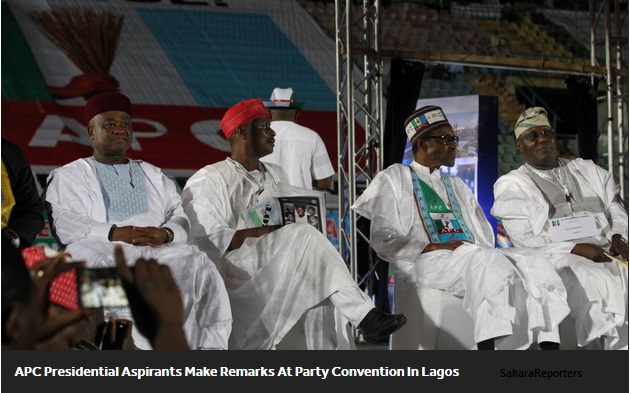 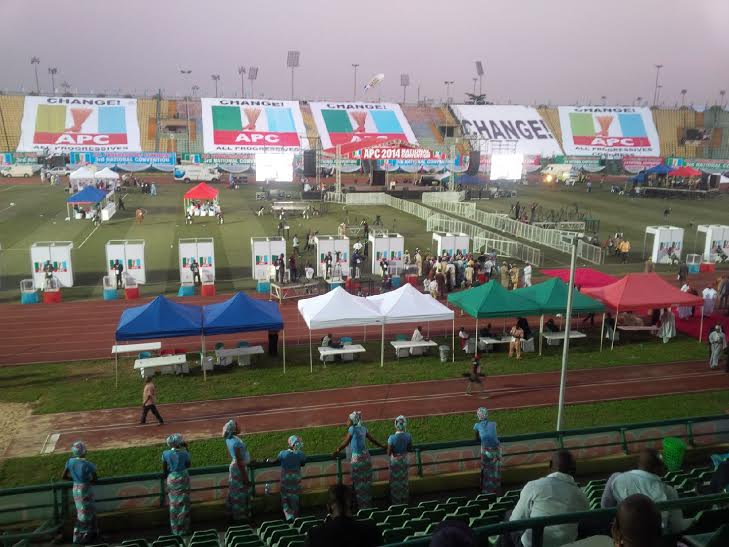 Below is the full text of concession speech by Atiku

Concession Speech by Atiku Abubakar, GCON, former Vice President, Federal Republic of Nigeria, at the Convention and Presidential Primary of the All Progressives Congress (APC), at the Taslim Balogun Stadium, Surulere, Lagos.

Protocol
I heartily congratulate Gen. Muhammadu Buhari for emerging victorious in this keenly contested presidential primary election of our great Party, the APC. You ran a spirited campaign, and since the delegates have spoken, you fully deserve the victory.

I am very confident that you will provide the needed leadership to turn this country around. I have no doubt that you will work with dedicated and qualified Nigerians to protect our citizens, improve our economy, create jobs, improve education, reform governance and fight corruption. You will indeed bring the change Nigerians have been yearning for. Once more, congratulations.

I congratulate the other contestants, namely Governors Rabiu Musa Kwankwaso and Rochas Okorocha as well as the erudite Sam Nda-Isiah. You have all demonstrated your commitment to democracy by participating in this transparent process and by campaigning vigorously across this country.

I thank our delegates for their sacrifices and their commitment to democracy. In particular, I thank those who voted for me for your faith in me. However, since we came up short, have to now rally behind General Buhari to help him prevail in the coming Presidential election.

I sincerely thank the Convention Committee for putting together a hitch-free convention.

My dear friends, we have voted, a winner has emerged. I pledge my commitment to this Party, and to campaign vigorously for our candidate, Gen. Muhammadu Buhari and all APC candidates to ensure victory in the 2015 elections.

I call on all other contestants and our party’s rank and file to unite behind our candidates at all levels to ensure that the PDP is defeated, so Nigerians can have real change.

Long live APC!
Long live the Federal Republic of Nigeria!
Thank you all and God bless!