Ikenga Imo Ugochinyere, the Special Assistant to Senate President Bukola Saraki on Youth and Student Matters has been arrested and detained by operatives of  the Department of State Services.

This happened Monday ahead of Nigerian protests for the Senate President to step down. The protests were met by counter protests which at a point turned violent. 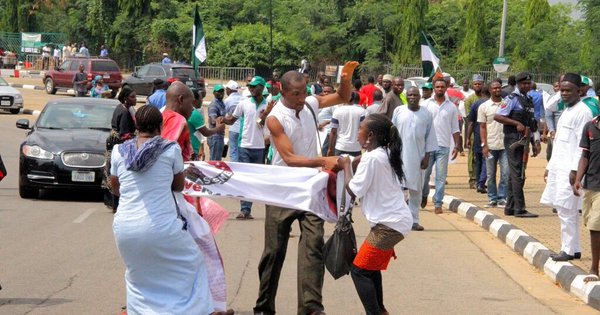 Ikenga Imo Ugochinyere is also the President of the National Youth Council of Nigeria which has decried his arrest and warned that they cannot contain youth who may protest in challenge of the detention of the group boss.

The NYCN alleged further that the arrest may be related to the suspension of Minister of Youth and Sports Solomon Dalung from the council and Ikenga’s calls for Solomon’s sack.