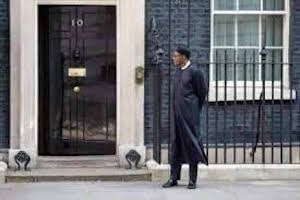 (CNN)British Prime Minister Theresa May has stunned the UK political world by calling for an early general election, seeking a stronger mandate in talks over leaving the European Union.

In an unexpected statement at Downing Street, May said she was seeking a vote on June 8, less than halfway through the government’s five-year term.

May, who commands only a slim majority in parliament’s lower House of Commons, said that a new mandate would strengthen her hand in negotiations in Brexit talks.

Her decision is a reversal of policy — since taking over as Prime Minister, May had repeatedly ruled out an early election.

A general election would end the attempts of opposition parties and members of the House of Lords to thwart her Brexit plans, she said. “If we do not hold a general election now, their political game playing will continue,” she told reporters at Downing Street. Read full and watch video in CNN