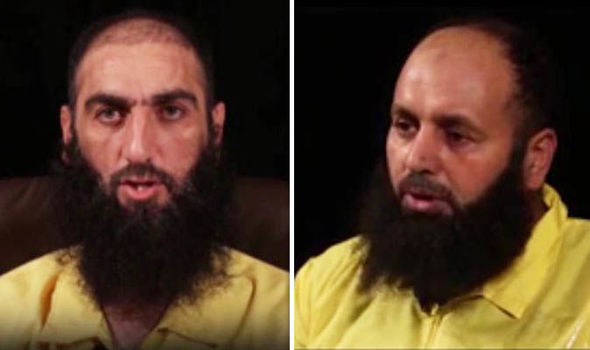 The high-ranking jihadist leaders were taken prisoner in a joint US-Iraqi operation as they attempted to cross into Iraq from Syria.

Intelligence officers had tracked them for three months as they made their way through Turkey and Syria, the New York Times reported.

The group has been shown on Iraqi TV dressed in yellow prison uniforms.

Their pictures appeared next to images taken from ISIS propaganda. In one image too gruesome to show, one of the captured commanders can be seen grinning and posing next to a row of severed heads. Read full in Express