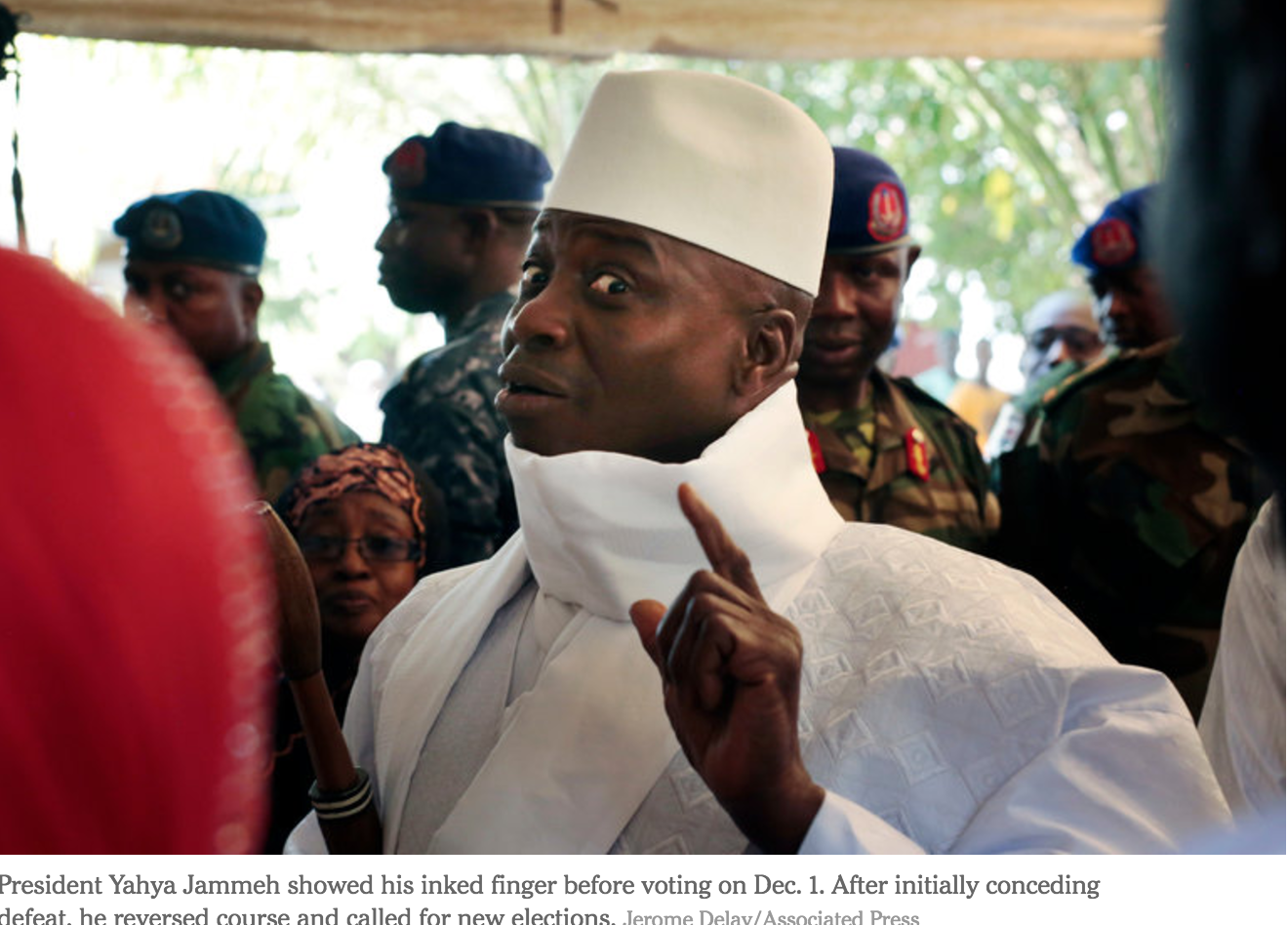 The fate of the presidency in Gambia took a peculiar turn Friday night when the longtime incumbent appeared on state television to announce that he was rejecting the results of last week’s vote that ousted him. He also called for new elections.

Seated in front of microphones and between two flags, President Yahya Jammeh rattled off accusations of voter irregularities, from transposed numbers in tabulations to missing numbers that he said left in question the results of the election that handed the presidency to Adama Barrow.

“I hereby reject the results in totality,” said Mr. Jammeh, who has been in office for 22 years. “I will not accept the results.”

Mr. Jammeh, who first came to power during a coup, said he wanted “fresh and transparent elections, which will be officiated by a God-fearing and independent electoral commission.” Read full in NYTimes