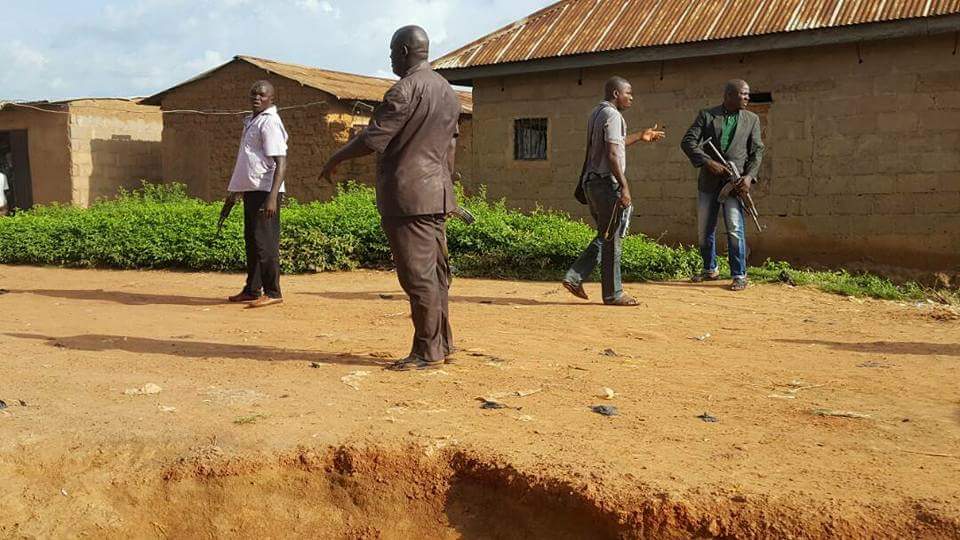 Security men have been deployed in kaduna to fire on and potentially massacre minority Shia Muslims marking Ashura period.

The repressive Kaduna government and Buhari administration has massacred hundreds Shia Muslims since swearing in and it is feared another massacre is in progress.

Pictures of the state security officers firing on the Shia Muslims