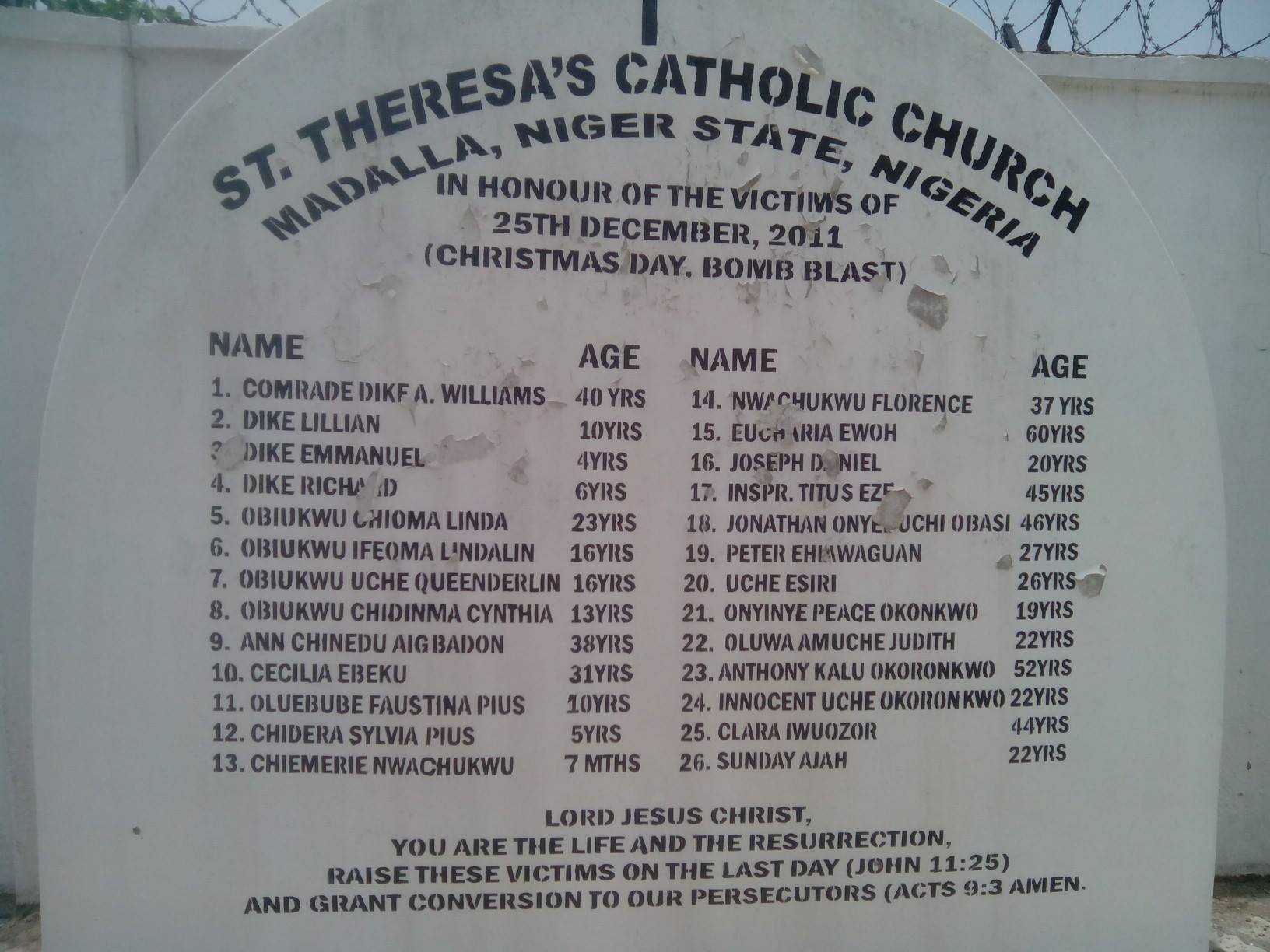 Bauchi-The alleged Boko Haram surveillant of the Christmas day bomb blast that killed about 44 persons and wounded over 75 others at St. Theresa’s Catholic Church at Madalla, Niger State has been arrested at Alkaleri town of Bauchi by the Nigeria Army.

The surveillant Victor Moses who was arrested hovering around a mosque in Alkaleri town claiming that he want to convert to Islam.

The suspects were paraded before the Chief Army Staff, Lt General Tukur Yusuf Buratai who was in Bauchi on an official engagement in Bauchi. Parading the suspects before newsmen at Shadawanka Barrack in Bauchi on Monday, the Brigade Commandant of 33 Artillery Brigade, Bauchi, Brigadier General Abraham Luka Dusu said the suspects were arrested following information from the public.

He said ” our troops on duty in Alkaleri arrested Victor Moses after receiving report from the people in the area that the suspect, Victor Moses has been loitering around the mosque claiming that he is a Christian and want to convert to Islam but because he is not from the area, they suspected him and reported to our men.

“Victor Moses confessed that he is conducting surveillance for Boko Haram sometimes he stays in the shop Of Abubakar Shetima Bama who is based in Jos while the other two accomplice, Salisu Mohammed Bello and Umar Madaki are based in Gombe.

“With the information given to our men by Victor Moses, the other three suspects were arrested,” he said.

Brig General Dosu said the suspects after investigation will be handed over to Joint Intelligent Centre in Maiduguri for further interrogation.