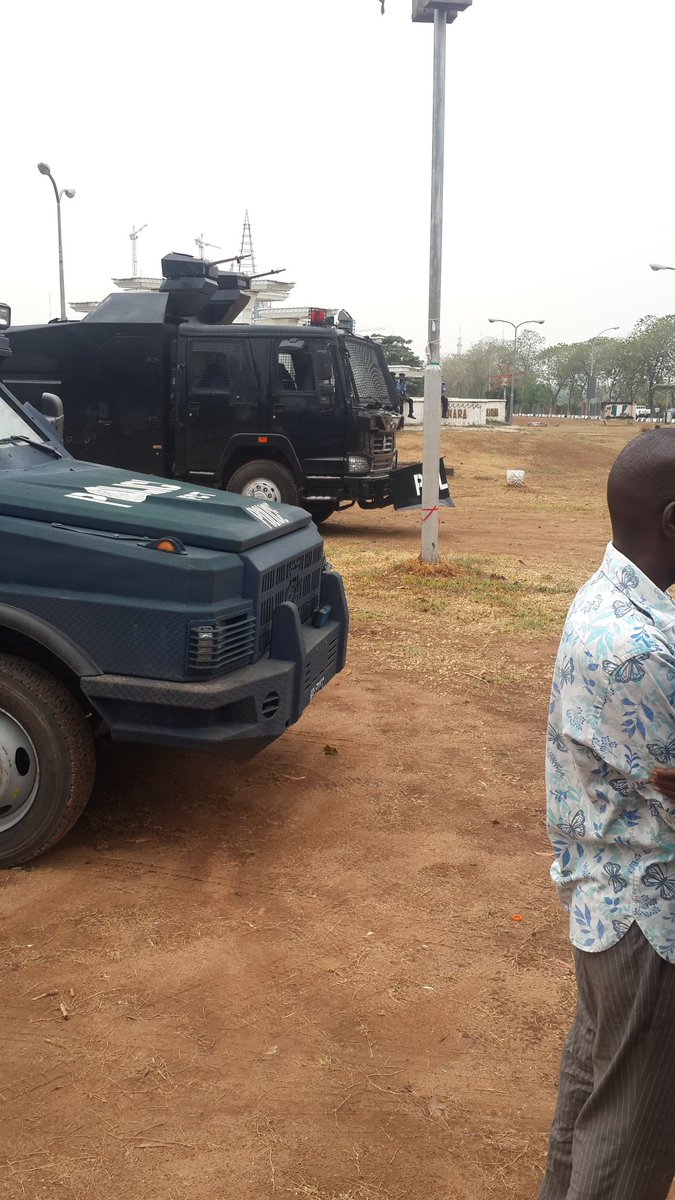 The Nigerian police have clamped down on peaceful protests organised by the Coalition of Concerned Nigerians and Deji Adeyanju in Abuja protesting for the government of Nigeria to obey the court and free Sheikh Zakzaky and his wife Zeenat, detained illegally and without charge for 484 days.

The protests kicked off at Unity fountain Abuja Tuesday with a large and intimidating police presence attempting to deny the protesters their freedom of assembly and right for peaceful protest.

Update: to the astonishment of everyone, without reason or provocation, the Nigerian police proceeded to attack and sprayed water cannons on the peaceful protesters to disperse the peaceful assembly. 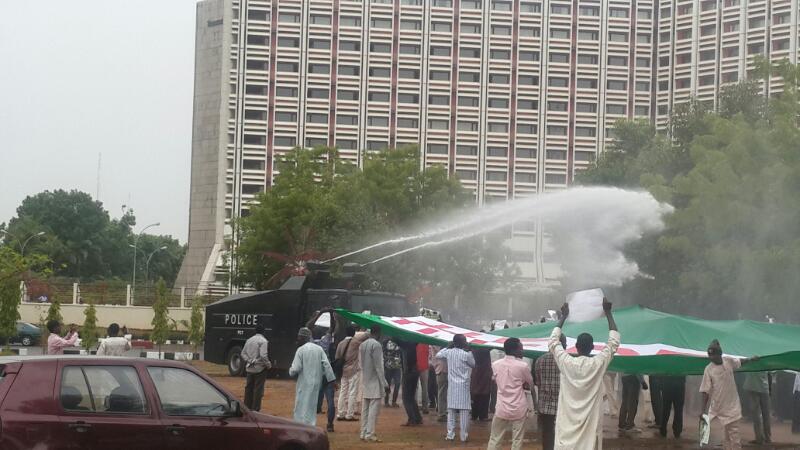 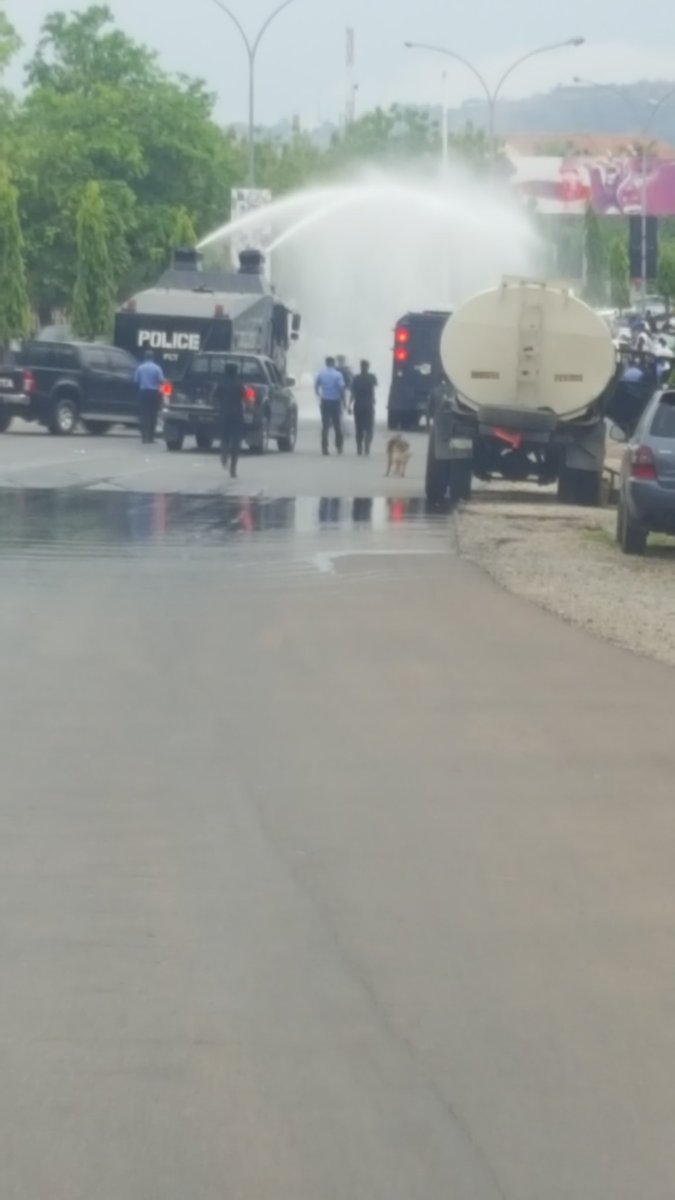 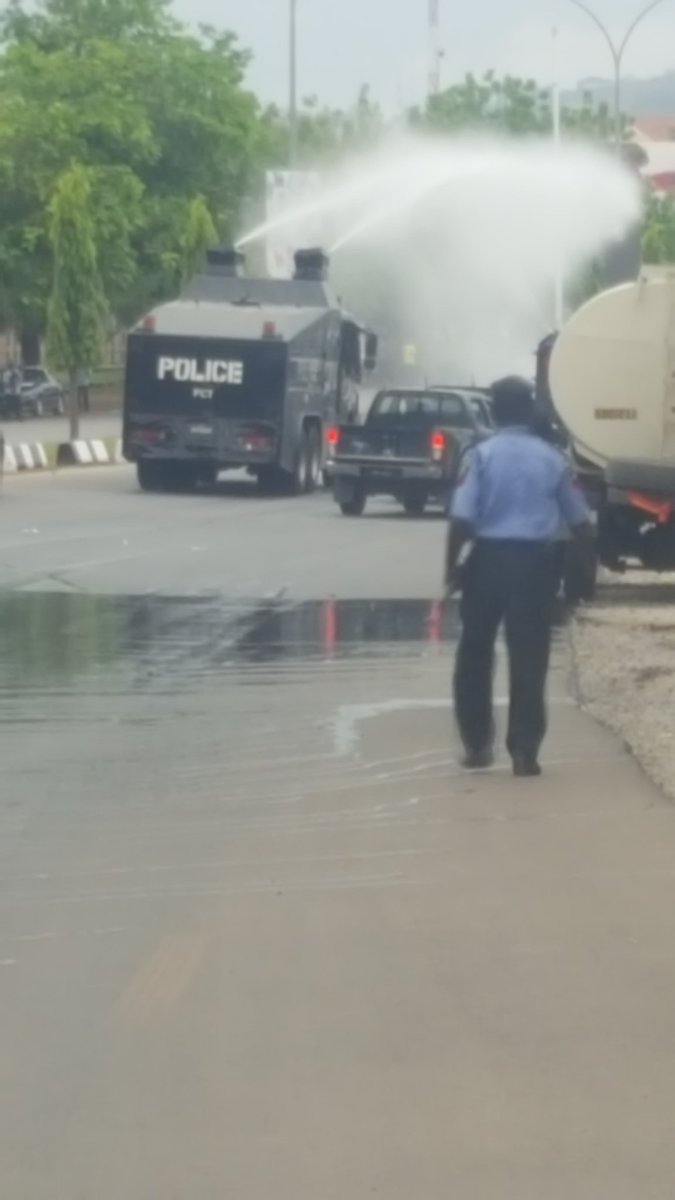 Various human right activists were ate the protest including Dr. John Danfulani and Nigeria’s former Human rights commission boss, Chidi Odinkalu who chided the Federal government for its being in contempt of court orders to free Sheikh Zakzaky and his wife Zeenat.

Prof @ChidiOdinkalu speaking at the #FreeZakZakky rally, says “We are all Shiites”. CC @chairmanNHRC pic.twitter.com/BWTh8UyT9c 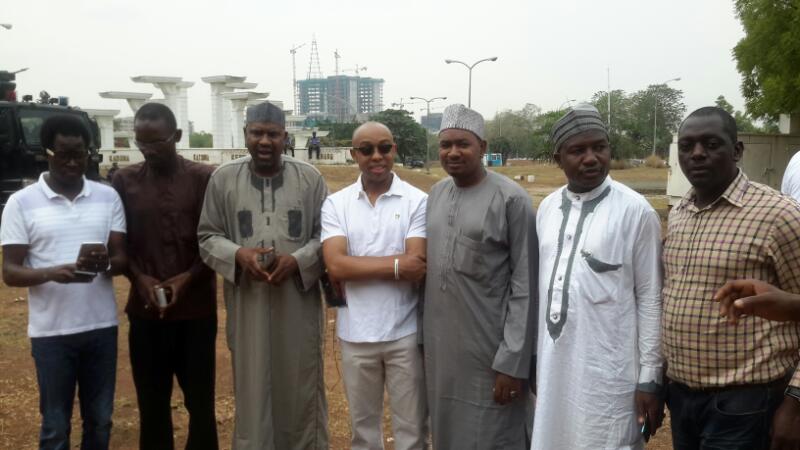 We are now at the Unity Fountain for the #FreeZakZakky rally, you too can join. Say NO to impunity. pic.twitter.com/gMfvbzwXo1 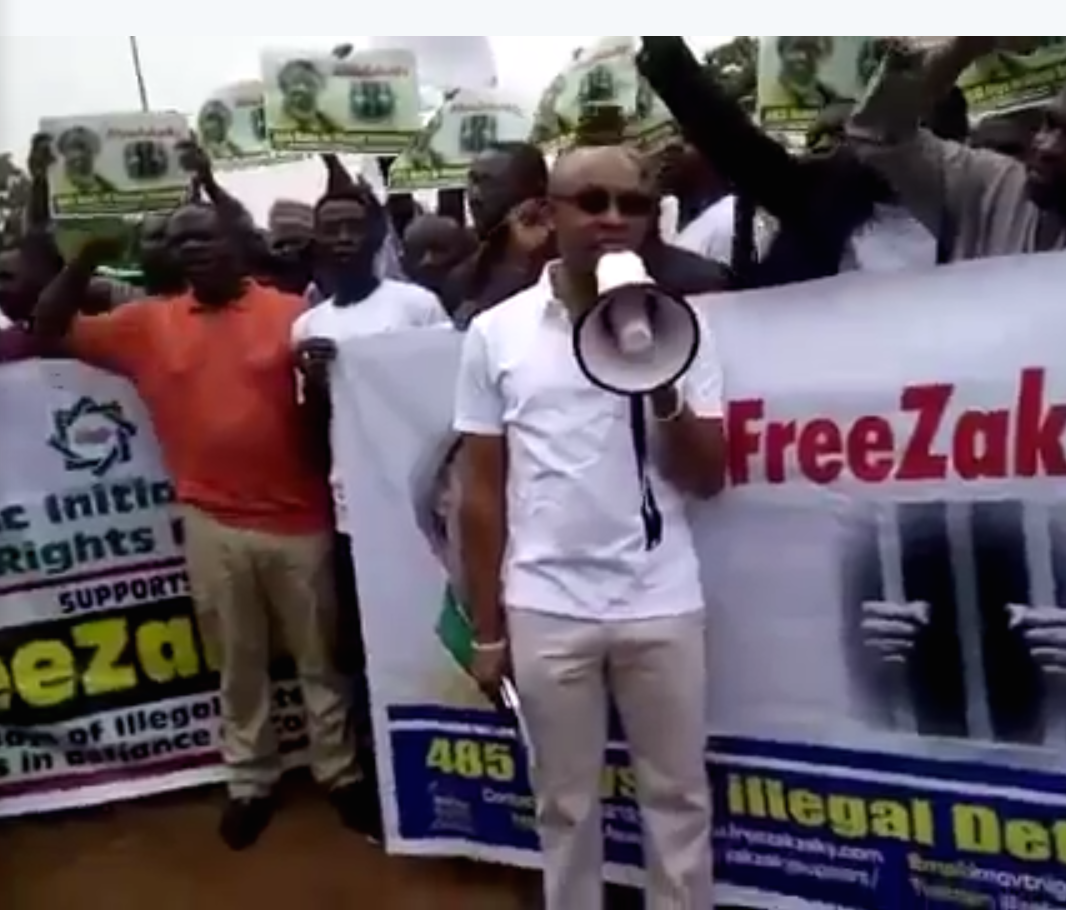 What manner of democracy is @MBuhari running that is dictatorial & intolerant of opposing views?@PoliceNG disperse peaceful #FreeZakzaky pic.twitter.com/0FVGT1t0M6

Just got my phone back after 1 hour. @PoliceNG tried to stop our #FreeZakZakky rally at Unity Fountain. THEY FAILED pic.twitter.com/3P39TDYQwr 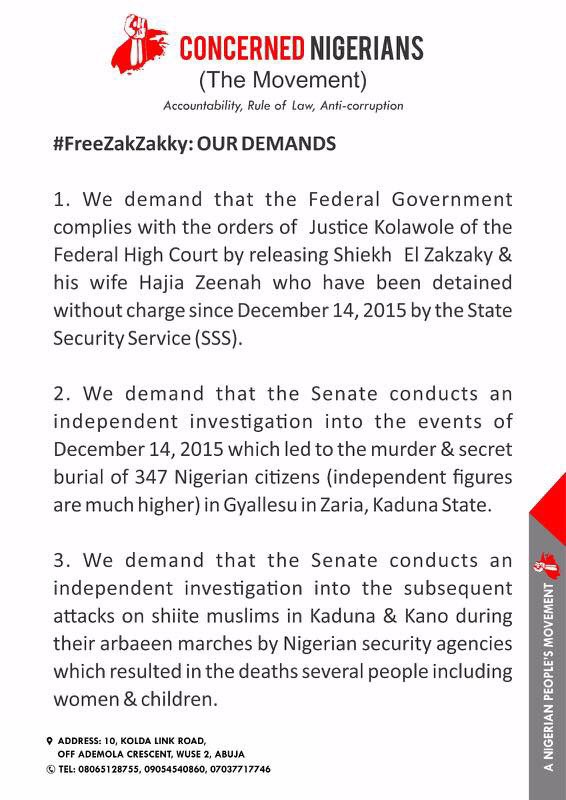 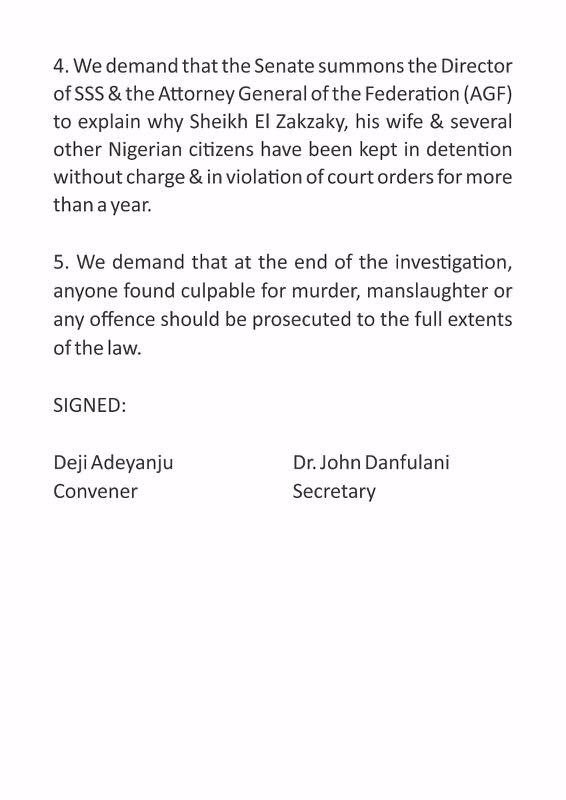