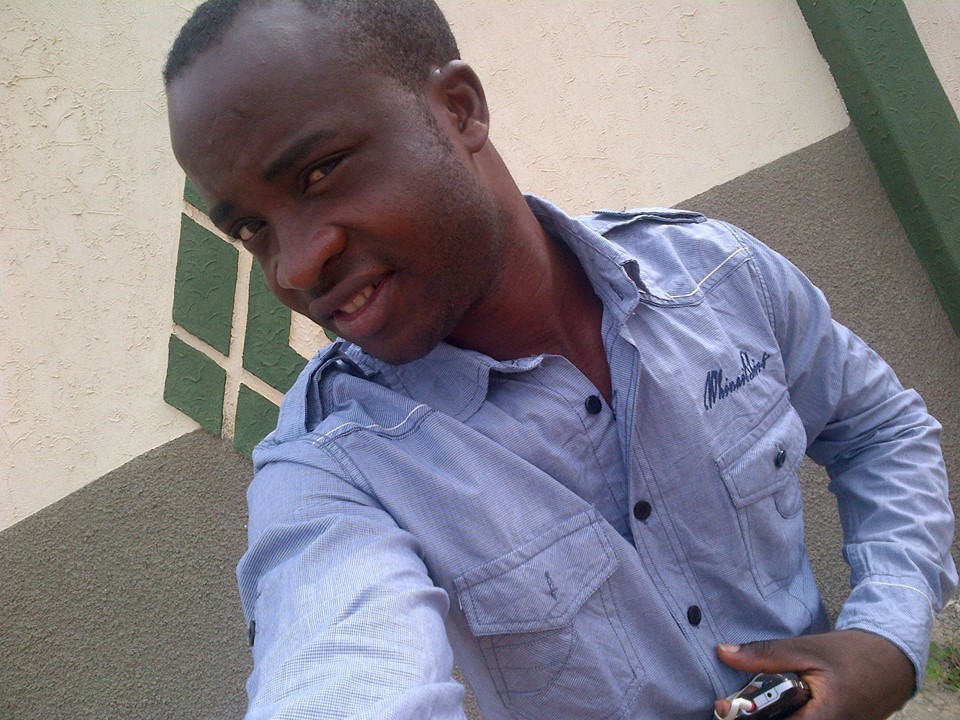 We have obtained the name, pictures, cell phone number and FaceBook page of a suspected terrorist working for Nigeria’s Senate president Bukola Saraki.

His name is “Olusegun Olusola AKA Sholyment“, facebook page: https://www.facebook.com/sholyment, and cellphone number: 08036619476 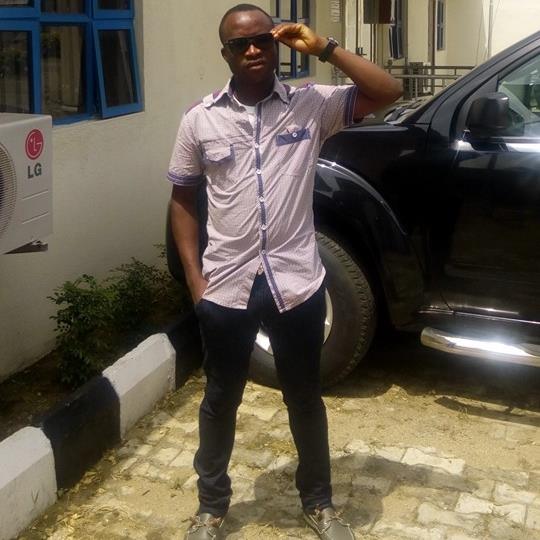 Olusegun Olusola was responsible for posting a video made by terrorists loyal to Senate president Bukola Saraki in which the armed terrorists held a well known Kwara activist at gun point and forced him to make false statements against the owner of SaharaReporters and another activist, Mr Kayode Oyin Zubair while holding up his revolution “Cabal Must Go” shirt they had stripped off his back.

According to his Facebook profile, Olusegun claims to be a student at the University of Ilorin.

Via suspected links to the terrorists who abducted Mr Crown Olanrewaju Ahmed Buhari, Olusegun rapidly uploaded the professionally created and edited recording made by the terrorists at a location in GRA where they abducted Mr. Olanrewaju Ahmed who has been prominent in the Recall process and protests that got the Senate president to claim to have returned his pension largesse.

Mr Olanrewaju is seen here rejoicing with another critic of Saraki, Mr Biodun Baba when he was aquitted from all charges for criticizing the senate president.

Fellow victim of the pro-Saraki terrorists, Mr. Kayode Oyin-Zubair has petitioned Kwara state police against the thugs and terrorists loyal to the senate president due to fears for his life.

Senate president Bukola Saraki is remembered for his pardoning convicted killers and terrorists on death row while he was Kwara state governor in 2010. See here.

Picture Below of Late Bayo Ajia, A Terrorist Pardoned by then Governor Bukola Saraki After Being Convicted of Murder and on Death Row. Watch that video here

A Fake News blog, “Fidelity Reporters” cloned to look like SaharaReporters alleged to be operated for Saraki, also carried the FakeNews hate messages from the terrorists being propagated in the interests of Nigeria’s corrupt and serially indicted senate president. Fidelity Reporters carries phone number +234.09090389483 and email: [email protected]

The Story By SaharaReporters Follows:

Thugs of the Senate President also tortured another critic into falsely accusing him of attempting to detonate a bomb at the Kwara State High Court premises.

Fearing for his life, Mr. Oyin-Zubair has written to the Kwara State Commissioner of Police, alleging criminal defamation and threat to life. Dated August 31, the petition traced the Mr. Oyin-Zubair’s ordeal to about a month ago when he appeared at the Kwara State High Court in support of Mr. Biodun Baba, a teacher arraigned for criticising Mr. Saraki on Facebook.

On that day, he met a man who also came to solidarize with Mr. Saraki’s victim. On August 30, Mr. Oyin-Zubair returned to the Kwara State High Court to observe the proceedings in the matter between SaharaReporters and Mr. Saraki. Mr. Oyin-Zubair said he saw a swarm of people led by one Mr. Tunji Sulyman and one Mrs. Sarah Adebayo.

While waiting beside his car, Mr. Oyin-Zubair said he was greeted by a young man wearing a T-shirt emblazoned with “The Cabal Must Go”. He recognized the young man from their meeting during Mr. Baba’s court appearance the previous month. Mr. Oyin-Zubair said he had to leave the court premises to attend to a personal intervention program he had lined up in Ilorin that day.

When Mr. Oyin-Zubair finished what he was doing, he headed to the court, where he got some policemen to accompany him to the courtroom in the hope of rescuing the young man. However, they did not find him.

Later in the day, said Mr. Oyin-Zubair, the young man phoned to say he was abducted from the courtroom and brutalized. Much later the same day, Mr. Oyin-Zubair said he received calls from friends that a video had been posted on the Facebook page of one Mr. Olusegun Olusola AKA Sholyment.

The video, according to Mr. Oyin-Zubair, showed the young man he met in court lying against him after being tortured. He said he phoned the young man to find out what had happened and the young man said he was made to frame him up under duress, at gunpoint, as one of those engaged to disrupt court proceedings earlier in the day. The next day, Mr. Oyin-Zubair said a blog owned by Mr Saraki, Fidelity Reporters, posted a report that Mr. Oyin-Zubair was sponsored by SaharaReporters publisher, Mr. Omoyele Sowore, to detonate a bomb at the court premises.

“It is on this note that I passionately request you to investigate those behind this dastardly act and threat to my life before harm is done to me. To aid the fast investigation, the cellphone number of Olusegun Olusola, who posted the video on his Facebook page is 08036619476,” Mr. Oyin-Zubair wrote in his petition.

Crown Olanrewaju Ahmed after he was kidnapped, brutalized and later released