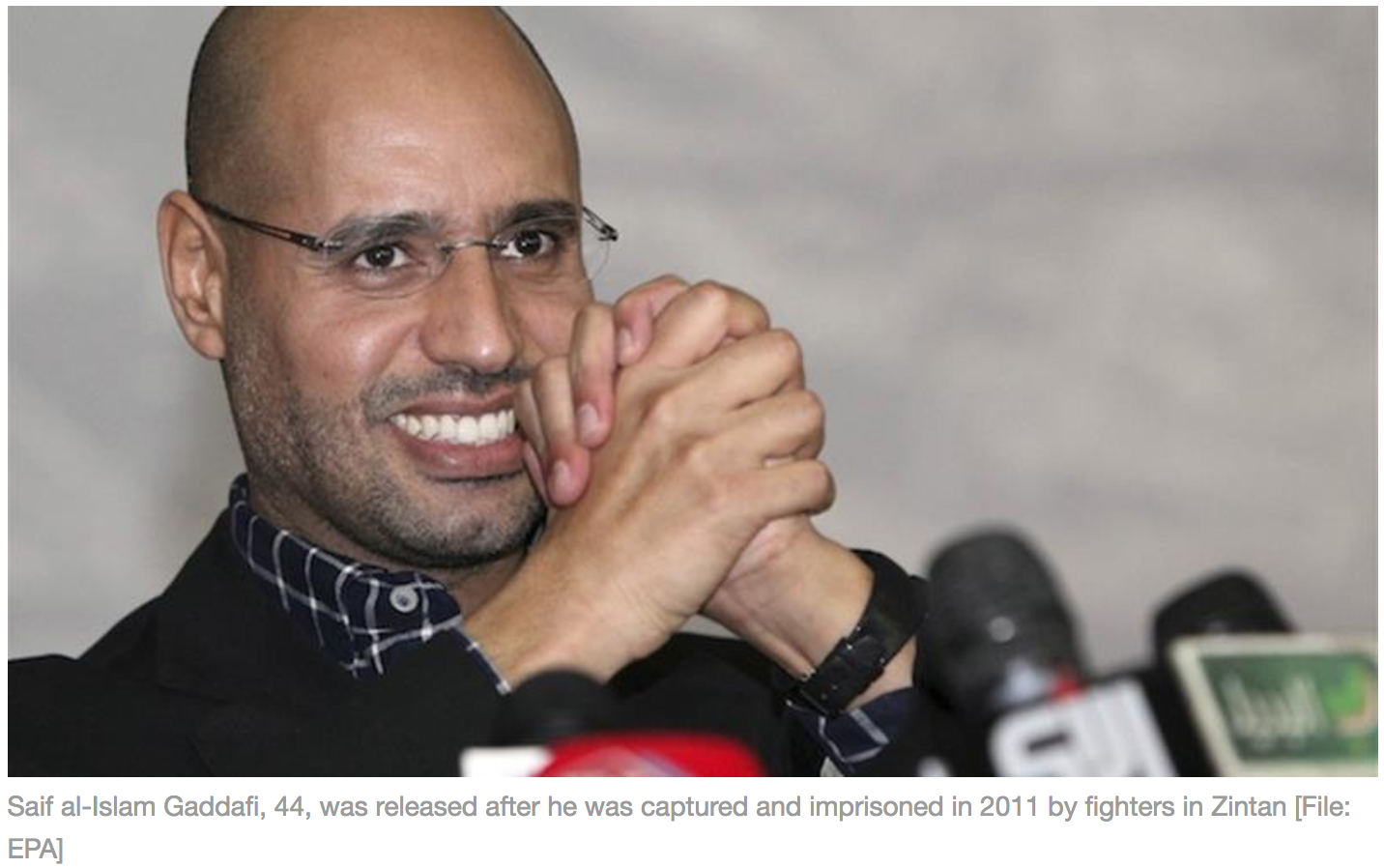 The most prominent son of slain Libyan leader Muammar Gaddafi has been released from prison according to a statement released by the Abu Bakr al-Siddiq Battalion in Libya’s Zintan. The statement did not disclose his current location due to fears for his safety.

Saif al-Islam Gaddafi, 44, was released on Saturday after he was captured and imprisoned by fighters from Zintan while attempting to flee the country to neighbouring Niger back in 2011 when opposition fighters seized Tripoli. Read full in AlJazeera