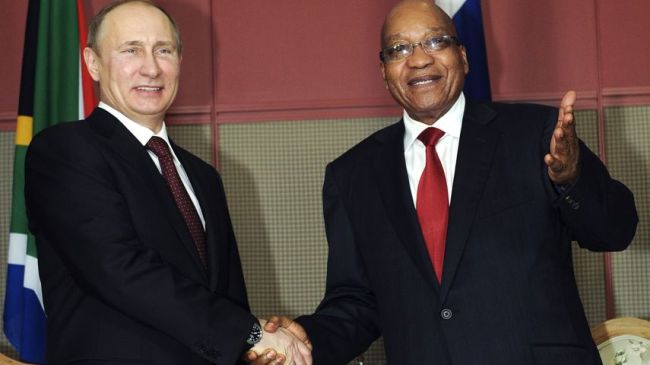 NewsRescue- The BRICS group of emerging economies in a meeting in South Africa, unveiled a new development bank, being set up to break the monopoly held by Western Bretton Woods institutions, viz-a-viz the World Bank and International Monetary Fund (IMF).

This week, the finance ministers of the BRICS countries met in Durban, South Africa for the opening of the fifth BRICS summit.

President of South Africa, hosting the meeting, proudly announced that the discussion had moved to launch stage. A full announcement of the meeting details is expected soon.

The BRICS countries consist of Brazil, Russia, India, China and South Africa. Each nation is expected to contribute about 10 billion US dollars for starting the institution.

It is widely believed that the western led overthrow of president Gaddafi of Libya was related to his determination to initiate an African gold currency and bank to counter the Bretton Woods Western institutions.

The summit also expressed concerns over economic warfare and the current hype in military threats against Iran.