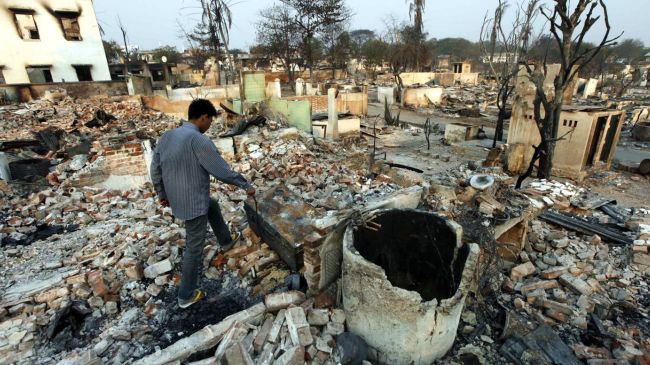 Mobs of Buddhist extremists in Myanmar have attacked at least two mosques and set hundreds of Muslims’ houses on fire injuring at least 10 people.

The assaults took place in Okkan, about 70 miles (110 kilometers) north of Yangon, the country’s former capital, on Tuesday afternoon.

Muslim families escaped and hid in forests as their homes burned.

According to some of the residents, as many as 400 Buddhists extremists armed with bricks and sticks attacked Okkan, targeting Muslim shops and ransacking two mosques.

Twenty riot police were later dispatched to guard one of the mosques.

Three outlying villages were hit the worst in the attacks, with at least 60 houses torched in each village. Read more…