SHAFAQNA – Two days ago the notorious Nigerian Secret Police (SSS) that is the oppressive tool of the Nigerian tyrant Buhari released a report that contained the statement below:

“Sequel to this, the SSS is warning members of the Islamic Movement of Nigeria (IMN) to desist from staging any form of procession or demonstration as the BokoHaram terrorists will seize the opportunity to unleash mayhem,”

Then yesterday (23/6/2017) during the peaceful International #QudsDay Rally in Kaduna, “Boko Haram” attacked the Rally. Prominent Nigerian activists Deji Adeyanji and Ebenezer Oyetakin (both Christians) were physically present at the Rally and they saw heavily-armed Soldiers and Police shooting at peaceful protesters that included thousands of women and children. Activists Deji Adeyanju and Ebenezer Oyetakin saw the “Boko Haram” that the Nigerian Secret Police warned against.

We are in Kaduna for a peaceful Shiite rally and @PoliceNG and soldiers shooting at peaceful protestors. Is this really a democracy?

Nigerians should remember that exactly on 27th November, 2015 BokoHaram released a video threatening a prominent Islamic scholar, Sheikh Ibraheem Zakzaky, and the peaceful Nigerian Shia community with genocide. Two weeks after this threat President Buhari brutally slaughtered 1000+ Shia civilians in Zaria and wickedly dumped their dead bodies in mass graves at night to bury the evidences. After that inhuman monumental savagery and barbarism, President Buhari and his gang of mass murderers launched massive campaigns of calumny and demonization against Sheikh Zakzaky and Shia Islam.

Watch video of the police attack on the peaceful pro-Palestinian march:

Boko Haram used part of that money to open a Radio station and more weapons to bomb and kill innocent Nigerians. ‘

When the Chibok girls were released Nigerians were Shocked to see them super healthy and well fed with no single sign of captivity. 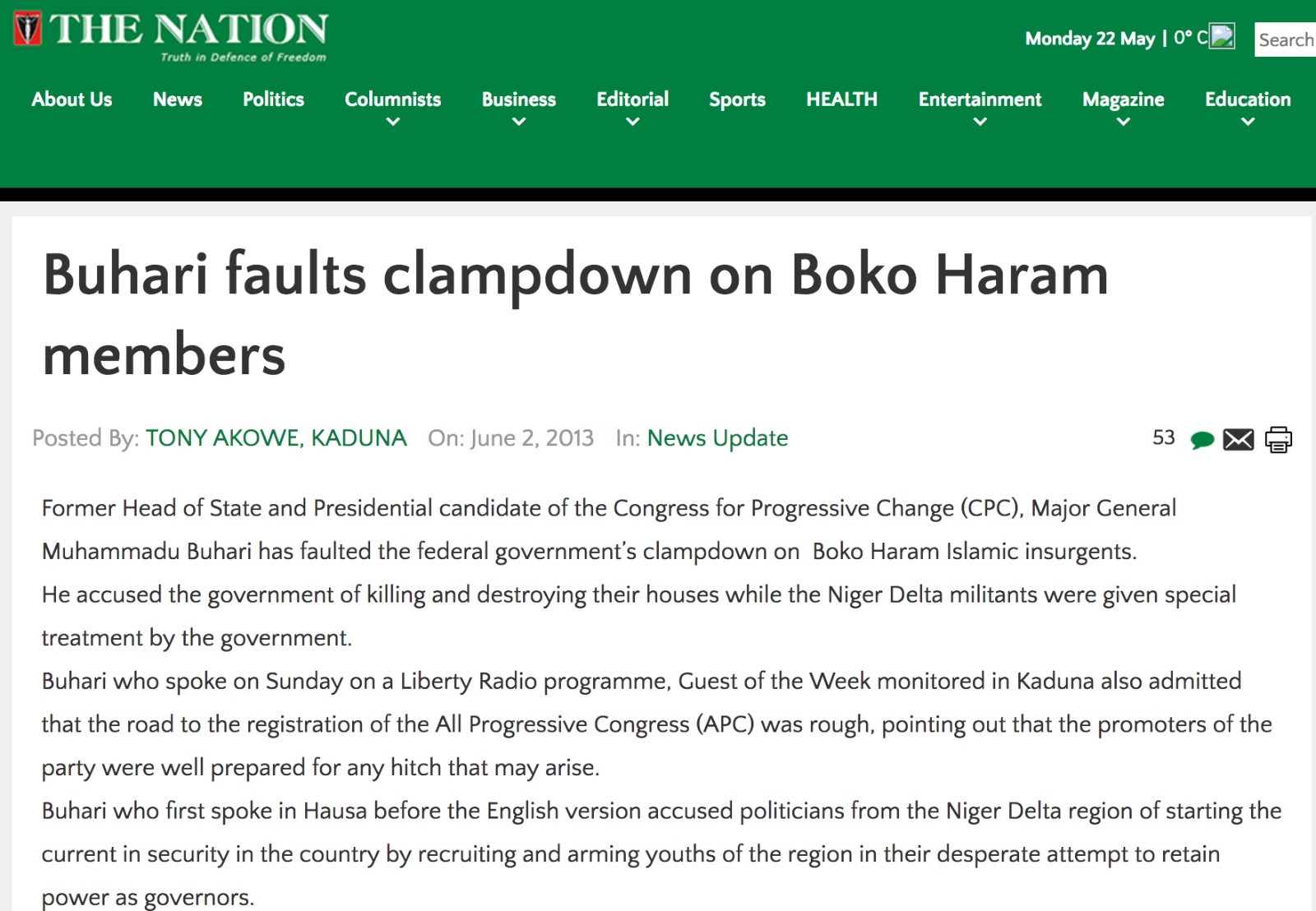 The International Quds Day rallies were conducted in more than 20 cities and towns across Nigeria including towns in the Boko Haram ravaged North East and they all ended up peacefully with only Kaduna as the exception. Kaduna state has a bloodthirsty Boko Haram terrorist as Governor, Boko Haram used that opportunity to attack peaceful protesters using Nigerian security forces.