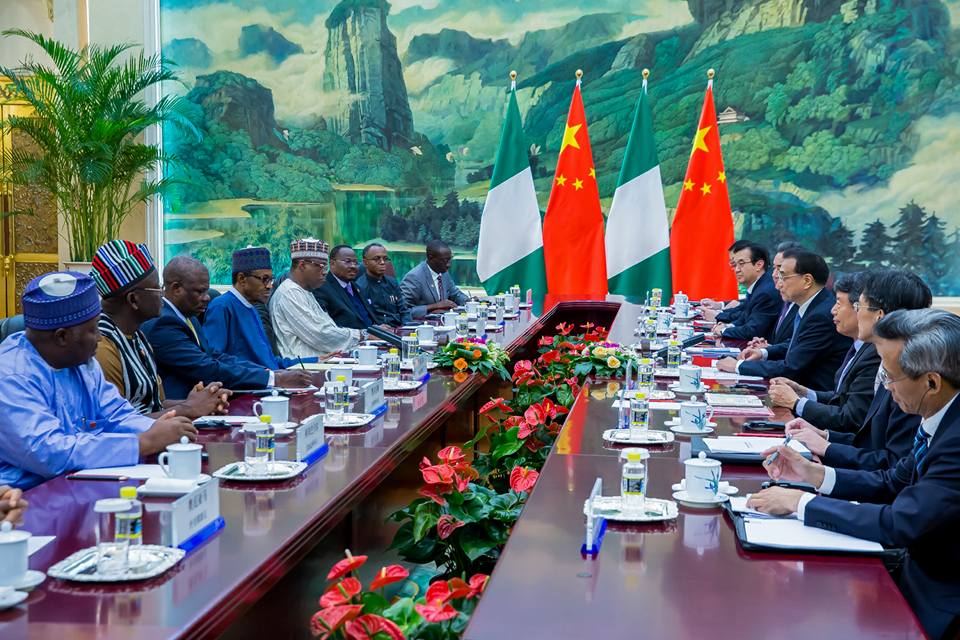 President Muhammadu Buhari has expressed satisfaction with the outcome of his working visit to China, which has yielded additional investments in Nigeria exceeding $6 billion USD.

President Buhari believes that the several agreements concluded with the Chinese during the visit will have a huge and positive impact on key sectors of the Nigerian economy including power, solid minerals, agriculture, housing and rail transportation.

In the power sector, North South Power Company Limited and Sinohydro Corporation Limited signed an agreement valued at $478,657,941.28 for the construction of 300 Mega Watts solar power in Shiriro, Niger State.

In the solid minerals sector, Granite and Marble Nigeria Limited and Shanghai Shibang signed an agreement valued at $55 million for the construction and equipping of granite mining plant in Nigeria.

A total of $1 billion USD is to be invested in the development of a greenfield expressway for Abuja-Ibadan-Lagos under an agreement reached by the Infrastructure Bank and Sinohydro Corporation Limited.

For the housing sector, both companies also sealed a $250 million deal to develop an ultra modern 27-storey high rise complex and a $2.5 billion agreement for the development of the Lagos Metro Rail Transit Red Line project.

Other agreements announced and signed during the visit include a $1 billion for the establishment of a Hi-tech industrial park in Ogun-Guangdong Free Trade Zone in Igbesa, Ogun State.

An agreement valued at $363 million for the establishment of a comprehensive farm and downstream industrial park in Kogi state was also announced at the Nigeria-China business forum.

Other agreements undergoing negotiations include a $500 million project for the provision of television broadcast equipment and a $25 million facility for production of pre-paid smart meters between Mojec International Limited and Microstar Company Limited.

About 100 Nigerian businesses and 300 Chinese firms participated in the Nigeria-China business forum which took place a day after President Buhari began his visit to China.