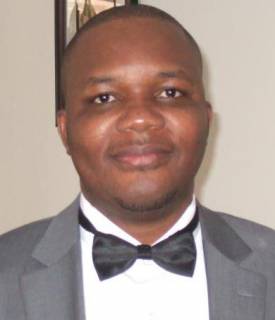 Buharists are always asking us to applaud the president for every little tokenistic and symbolic gesture even when such a gesture is late, ineffectual, and compelled by public pressure. It’s a form of emotional blackmail of course, but no matter. Let us humor them.

Because of its track record of deception, lies, overwrought propaganda, hypocrisy, and duplicity, many thoughtful citizens are now understandably hesitant to praise the Buhari administration even when it appears to have done something praiseworthy. This is proving irksome to Buhari’s hardcore loyalists. But why are Nigerians who are notoriously politically easy to please reluctant to extent praise to Buhari? It is because they don’t want to look stupid days or hours later when the leaks and revelations start occurring, implicating the do-gooders themselves as the culprits of the very problem they were pretending to solve.

What could be more sinister than that? You create a problem. When the problem comes to the public’s attention, you feign ignorance, hoping that it would blow over. Then there’s public outrage and demands for ameliorative action. You duplicitously pretend to be shocked and outraged at the very problem you engineered into existence. Then you take reluctant, half-hearted action in response to the public outcry. Finally, you and your fanatical supporters demand praise for your incomplete and largely cosmetic action on the problem you caused.

The pattern is now familiar and has repeated itself once again in the Maina recall scandal. It turns out, thanks to the latest leaks, that the Head of Service, Ms. Winifred Oyo-Ita, verbally briefed the president at an FEC meeting about the wide-ranging negative implications of the recall. She advised the president against the recall because, as she recounted in her leaked memo to Buhari’s Chief of Staff, the blowback that would follow would fatally damage the president’s anti-corruption posturing. That conversation occurred on October 11, when the conspiracy to recall Maina was underway.

Buhari obviously ignored her written and verbal counsel and signed off on Maina’s recall.

Fast forward a few weeks and the proverbial shit hit the fan of public anger.

Did Mr. Integrity fess up to his knowledge of and role in Maina’s recall? No. He pretended that he had just found out about it, made a deceptive show of firing Maina, and ordered a “probe” into the circumstances of the recall. The ridiculousness of probing an action he approved against the wise counsel of the HoS would emerge with clarity after the leak of Oyo-Ita’s memo. Once the charade of probing and firing was completed, the president’s handlers and supporters announced that we should clap for the Great Leader for saving the republic from the cabal and, for good measure, from the PDP, which Garba Shehu comically blamed for Maina’s recall.

This is worse than corruption. It is corruption compounded by presidential deception, duplicity, cover-up, and manipulation.

And Buharists wonder why Nigerians are increasingly reluctant to praise the Great Leader for his few contrived “positive” actions.

As it was with the Maina recall scandal so it was with the Babachir Lawal situation. Buhari did not only sit on the report of the senate probe panel indicting the former Secretary to the Federal Government, he took the stunningly embarrassing step of writing to the National Assembly to exonerate Lawal. The president claimed that the presidency had looked into the affair and had found that Lawal was innocent. It was shocking. Shocking that Buhari was lending presidential authority and political capital to such a despicably corrupt enterprise. He was playing investigator and judge in the case to protect his friend and loyalist, Lawal. And this, much to the president’s misfortune, was happening at a time when newspapers in the country and online news sites were awash with graphic documentary evidence of Mr. Lawal’s corruption.

It was not only the corruption; it was also the fact that Mr. Lawal was stealing funds meant for internally displaced persons, IDPs. And yet Buhari, demonstrating yet again that for him personal loyalty trumps country, wrote to exonerate the former SGF, disregarding the media and Senate indictment and the avalanche of evidence in the public sphere supporting that indictment.

As if the president’s (mis)behavior was not self-humiliating enough, when he reluctantly bowed to pressure from the Senate and the public and suspended Lawal, his handlers and supporters went to town and audaciously demanded that his critics praise the suspension and give him credit for taking action on the scandal.

To do what his supporters were demanding, we would have had to pretend not to know that the president had wished that the scandal would fizzle out and that his letter would quash the matter so Lawal could continue in his role as SGF. They were in effect asking us to praise the president for reluctantly undoing a wrong he perpetuated in arrogant disregard of legislative and public outrage against the conduct of Lawal. But that’s the familiar audacity of this president and his supporters; they want to score points either way. They reckon that even a clear error of judgment on the part of the president can be spun into a public relations point in his favor.

Additionally, the president and his supporters do not have a sense of irony and are impervious to the shame of self-contradiction. Perhaps seeking to distract attention away from the daily output of corruption scandals, last week, the government, through the Attorney General, announced gleefully that it had signed an agreement with the Swiss Government for the release of another $321 million of late dictator Abacha’s seemingly bottomless loot stashed away in that European country.

But in June 2008, during the ten year death anniversary prayers for the late dictator, Buhari, who served as the Chairman of the Petroleum Trust Fund under him, said Abacha never stole any money.

It was shocking therefore to see that when the announcement of the Abacha loot repatriation was made, Buhari’s supporters again rushed to spread the news, declaring it another victory for the president’s anti-corruption drive, never mind that every president since 1999 has received tranches of the Abacha loot. Lost to the president’s supporters and his AGF, who started the celebratory frenzy with the tone of his announcement, is the contradiction of denying that Abacha stole from Nigeria and then excitedly announcing the receipt of a stash of stolen money you denied existed.

If Abacha didn’t steal any money then why is your AG gleefully announcing the imminent repatriation of yet another tranche of Abacha’s Swiss loot? This question never occurred to the president and his supporters. An event that should have been hushed up because it would embarrass the president in light of his earlier denial of Abacha’s thievery was turned into an inexplicable but desperate attempt to praise the Great Leader.

Once again, this episode spotlighted the president’s most enduring weakness: a penchant for impulsively protecting and defending corruption among his associates.

Buhari’s problem is not just parochialism and nepotism, which are now bywords for his administration. Perhaps his biggest character flaw is unqualified personal loyalty to his benefactors and loyalists. Time and again, it has led him into the corruption of enabling and defending graft.

No sensible, self-valuing Nigerian should risk their reputation and honor to praise anything this administration does because every “positive” action has proven to be a lame attempt to cover up an egregious act of corruption on the part of the same characters pretending to take corrective action.

Sometimes such “positive” actions are shameless efforts to take credit for events and accomplishments they had nothing to do with. In some other cases, the “positive” action was a cynical ploy to manipulate, deceive, and distract from ongoing scandals, or to simply quieten a growing storm of public anger. There is no underlying sincerity of purpose or integrity.

A government that coyly but unabashedly seeks to reap public relations dividends from covering up its own corruption through pretend action and feigned ignorance is beyond corrupt.

A government that manipulates the anxieties of citizens by spinning negatives into positives is unworthy of empathetic understanding and benefits of the doubt. It is fundamentally disrespectful of the citizens on whose behalf it exists and acts.

The author can be reached at [email protected].