Buhari Is Not An Angel – Ahmad Isyaku 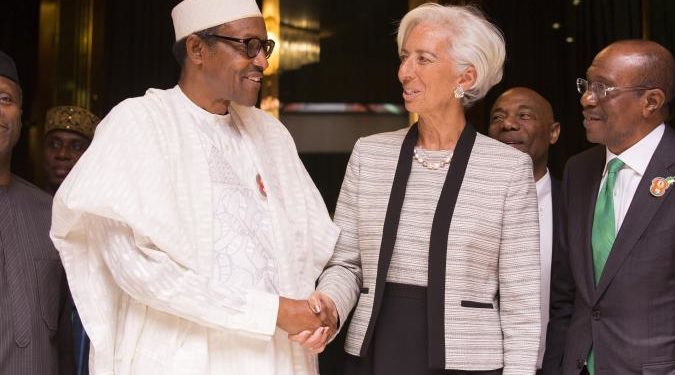 Of course, we must thank Almighty God for bringing the saviour of Nigeria, Muhammadu Buhari who came in power to save Nigeria from perishing. Buhari won million hearts and minds, and of course, our votes which made him the President of Federal Republic of Nigeria because of his honesty, humility, patriotism and his indefatigable fight against corruption in Nigeria that has been ravaging the country and African nations, all these are his golden virtues that enticed us to vote for him.

His popularity goes beyond West Africa, across African continent, Europe, Asia , North America, and other continents in the world. The African nations see Buhari as a hope for Africa, with Nigeria as the leading economy in Africa, indeed Buhari is a real glamour to Africa in the eyes of the world , and his administration represents rule of law and the return or presence of law and order in Nigeria.

Although President Buhari stands as one of the best African leaders by example, and some people continue to believe so while others lost confidence in him due to the economic pain in the country, taking it out on his government. In my humble opinion, those who believed in their minds that Buhari was a perfect leader and unstoppable or even infallible are those who now feel disappointed and their confidence in him seem to be undermined or shattered , but those who see him as an honest and hardworking human being and also pray for him and Nigeria, are those that have unshaken confidence in his leadership because they purely believe in God who will guide Buhari and give him the strength and all it takes to build a new Nigeria. This people still have absolute confidence in Buhari. Unlike those who perceived the wrong picture of him as a perfect leader, Buhari is just a mere good human being and not out of this world – not indefectible or omnipotent. It was not wrong to think high of Buhari as an extra-ordinary human being, but what was wrong was forgetting God who is the Creator of Buhari while people were thinking about Buhari’s competence, strength and capability to put an end to our nagging problems because he promised Nigerians to do so. To be more specific, what went wrong in some people’s perception of Buhari’s strong personality or image, was when they obliviously began to think that Buhari was an immaculate or even the only probable solver of our problems who can bring an end to our sufferings or socio-economic pains, instead of the Super being the Omnipotent God who we should have turned our faces sincerely to and asked for His help. Buhari is a mere human being not a God or an angel, his persistent struggle to save Nigeria from the current economic meltdown and his human government capacity limits defines him as a human that needs God’s help and our support. This is really saddening when we ignore God who is all over things and believe in only human capacity. On March 29 last year, Buhari assumed office of the president , but some people then immediately started to expect quick results, thinking that the new President would cure all the ills of Nigeria overnight. A thing only God can do. This could be the possible cause of our sufferings because we ignored God and God who loves us tested us with hardship so that we may return to Him.

Of course, we can not forget APC’s government campaign promises for change to us which are the reasons why we voted for the government. But is an undeniable fact that change is easier said than done or like what somebody said about promises , ‘ Promises are like babies – easy to make but hard to deliver’ and I added ‘but they will be delivered in the end.’ Surprisingly, a lot of people are oblivious of the fact that sometimes there are unfortunate and unexpected situations or circumstances that are beyond any government capability to handle or control but which only support, understanding and prayer for the government by its people can overcome the challenges. If only those who thought Buhari was a perfect human being had tried to see him as a mere hardworking human being they would have truly recognized his tireless efforts as an honest leader.

It is also greatly saddening seeing how some people are agitating and belittling the tireless efforts of the new government that is doing its best to improve the lives of Nigerians through the radical change that the government is effecting. Yes, we know that promises for change are made by the government to the people of the country – promise for a new deal,  but should we expect quick results from the new government.

This “Change” Is Killing Us: Open Letter ...