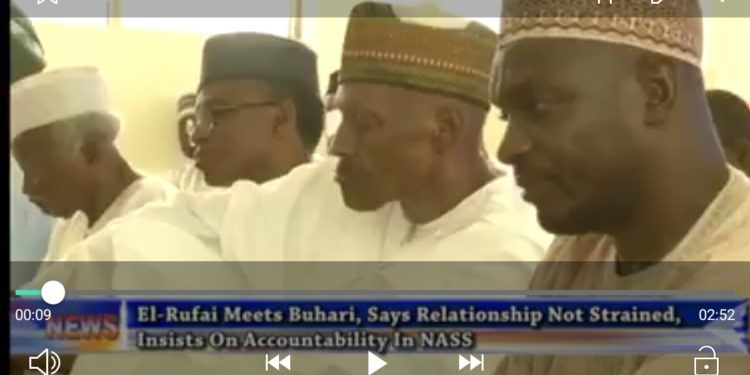 Mr. Buhari has been observing the weekly prayer at the mosque located behind his office since his return from medical vacation in the UK.

Staff of the Aso Villa also confirmed the president was indoors and did not go to any other mosque for the ‘Jumat’ prayer.

He was also absent from the meeting of the Federal Executive Council, FEC, on Wednesday raising concerns over his state of health.

However, Mr. Buhari on Thursday assured Nigerians that despite insinuations about his alleged poor health, there is no need for apprehension.

The president’s stance was contained in a statement by his Senior Special Assistant on Media and Publicity, Garba Shehu, explaining why he had been out of public glare for a while.

“President Buhari’s absence at the Federal Executive Council meeting of Wednesday, April 26, was a last-minute decision; otherwise, the cabinet and the public might have been alerted in advance.

“As eager as he is to be up and about, the President’s doctors have advised on his taking things slowly, as he fully recovers from the long period of treatment in the United Kingdom some weeks ago.

“President Buhari himself, on his return to the country, made Nigerians aware of the state of his health while he was in London. Full recovery is sometimes a slow process, requiring periods of rest and relaxation, as the Minister for Information, Lai Mohammed, intimated in his press briefing after the FEC meeting on Wednesday,” Mr. Shehu said.

Despite the statement, Mr. Buhari’s absence from the Friday Jumat prayer will only add more speculations to his health status. Although not an essential part of his work as president, Mr. Buhari has tried to ensure he prays the Friday prayer in congregation as expected of devout Muslims.

“Why is the president hiding his state of health? He’s supposed to understand he’s public property,” Mr. Soyinka said.

Buhari If You Are Ill Handover To ...