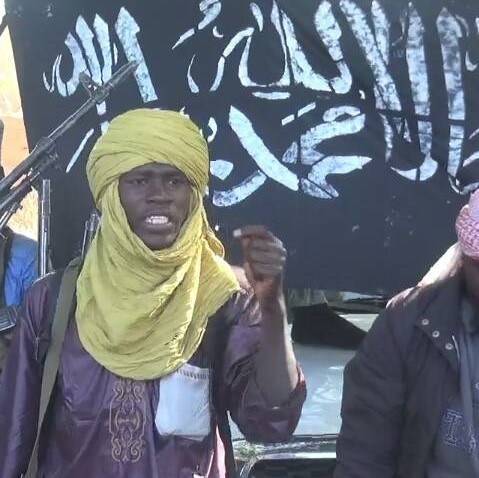 DAILY NIGERIAN reports that in a statement issued September 9, 2017, the SSS announced the capture of Mr Maitangaran, the mastermind of the deadliest attacks in Kano.

But in a revealing article by Ann Mcgregor, an expert in global security and intelligence, in an international news site, News Plus Views, details of how Nigerian and foreign collaborators are making huge profits in ransom deals with the terrorists were revealed.

“Since 2009, the Swiss have perfected the art of private diplomacy to offer themselves as “neutral interlocutors” in many of Africa’s conflicts.

“That also comes with a price, but one has attracted and discomforted European and US governments is the so called “mediations, ceasefire and release of 105 Dapchi school girls.”

“The puzzle and the jigsaw was the manner of the abduction and release. Boko Haram are keeping in their custody one of the Christian girl among the 110 Dapchi school girls they abducted, Leah Sharibu has refused to renounce her faith.

“However western intelligence sources believe Boko Haram and the mediators Swiss and Nigerians are asking the Nigerian government for more money to pay ransom and further release of six high profile Barnawi faction detainees in the custody of Directorate of State Service. This is creating discomfort.

“The discomfort stem from the collusion and allegation of corruption between the Nigerian negotiation team made of the Director-General of Departments of Security Services, Mr Lawal Daura, the Nigeria’s  Interior Minister, General Abdulrahman Dambazau, Ambassador Babagana Kingibe the foreign policy chief and the President’s Chief of Staff, Abba Kyari on one hand and the Swiss Embassy team in Nigeria and personnel of Human Security Department of Swiss Foreign Ministry.

“The Swiss intelligence officer, Pascal Holliger along with local accessories, Mustapha Zannah, a lawyer who run a private school in Maiduguri that gives free education to the orphan-children of Boko Haram fighters — the school was established and funded by the International Islamic Relief Organisation, a Saudi-based charity organization, on United States Department’s list of charities with ties to terrorist organisations  and Aisha Wakil, facilitated the ransom payment of €5million euro and swap of top Boko Haram commanders in the custody of Mr Lawal Daura.

“The biggest concession made so far is the release of Hussaini Maitangaran, who spearheaded several deadly attacks in Kano, including Central Mosque attack, which killed more than 1,000 people. He was arrested by the DSS on 31th August 2017. The release was part of Dapchi school girls swap deal,” Ann wrote in the article published on March 28.

According to SSS’ September 2017 statement, Mr Maitangaran, a well known senior commander of Islamic State of West Africa, ISWA, “has been on the Service and Nigeria Army radar since 2012, when he spearheaded the armed attacks on the office of the Assistant Inspector General of Police (AIG) Zone I, on 20th January, 2012, as well as other public places in Kano. MAI-TANGARAN was also responsible for the deadly explosive attacks against worshippers at the Kano Central Mosque as well as an attack on a military formation in Yobe State in 2015, which claimed hundreds of lives.”

The SSS last year also said that Mr Maitangaran is an IED expert, who “had been prepping and priming others for the perpetration of suicide bombing attacks carried out by the group in the past within the North-East region.”