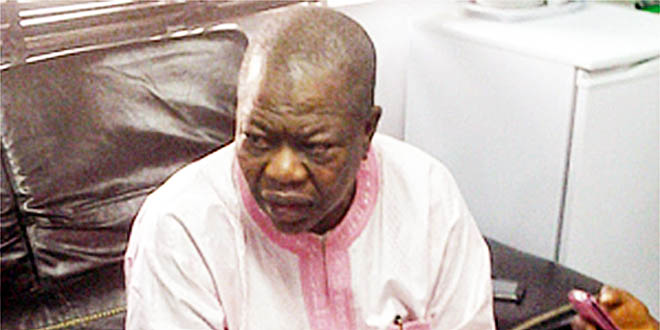 From a long interview on Vanguard:

What do you say about the evidence so far of the money paid through the office of the NSA, the Arms scandal?
The paid money to the NSA man, also the NSA man said he gave Buhari car, so what are they telling us. And you know the man said if he opens up, he will open up canker worms. So leave that aspect of NSA because it is not good for our image, it is not good for our security; no nation ever subjects its security to this kind of thing. And it is not done with sincerity of purpose, it is for selfishness, you want to create something out of the man.

But is that how security fund in other parts of the world is utilised?
We are hearing from one side, we have not heard from the man. Let the judgment commence openly. Let us hear from the other side, that is just the practicality of the situation.

There is a difference between the security vote and money earmarked for arms to fight insurgency.

That is what I said, that is what you heard from the APC people or PDP people, we want to hear from the man both the former president and Dasuki.